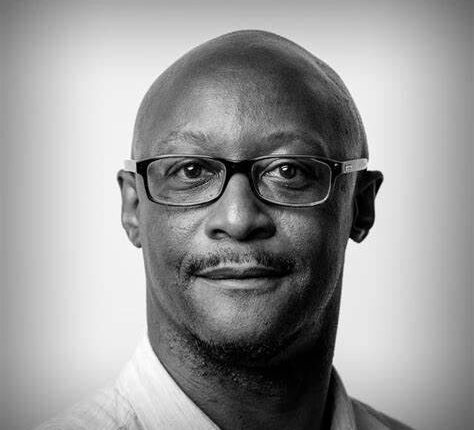 I’ve got to admit, my expectations were low the day my old school friend Selwyn Musa told me some film director was looking for students. Selwyn had met the director, Barney Platts-Mills, in Ladbroke Grove, west London. He had asked if Selwyn knew anyone interested in making movies. No, Selwyn replied, but my mate is writing a book. That hadn’t seemed to faze him, and he asked Selwyn to tell me to drop by St Helen’s church, where he was running evening workshops.

There was no doubt whether I should go. In the 90s west London was a media mecca, and although we were poor and mostly on the dole, all kinds of artists and celebs walked our streets. I’d strolled by (though not spoken to) Sigourney Weaver and Christian Slater. Selwyn once met Fab Five Freddy at Hammersmith station and passed his business card on to me. I gathered up my first three chapters, written and printed on a Canon Starwriter I’d returned to its owner months ago, and went to the church at the first opportunity.

It was an autumn night, if my memory serves me. Another school friend attended St Helen’s regularly, and I’d been there with him, so we both went down to the basement just as the workshop was finishing. Barney was a tall, very middle-class man who smelled faintly of tobacco, with a serious air that only pertained to the arts. Everything else he did was suffused with tinder-dry humour. An example: pretty soon after we met, Barney started calling me Gotcha. Only he could get away with that. It was a clever pun no one else had the insight to make. I always rolled my eyes, but allowed it.

I handed him my creased, dishevelled sheets. It was a novel about my manor, called The Scholar, I told him. And if I saw it published anywhere, I’d already sent it to myself in a self-addressed envelope that hadn’t been opened. With that as proof of authorship, I would sue him for everything.

Barney gave me a deadpan look and glanced over the sheets. I don’t even think I had another envelope to put them in. At that point, I couldn’t even afford to enter the Saga prize novel-writing competition, as the entry fee was £10. He read and muttered to himself, and said he’d get back to me. Even then I didn’t think much. I’d made a few connections like that over the years. None ever amounted to anything.

I’m not sure how much time passed after that. I couldn’t write because I had no computer, and I loathed freehand – my hands would swell up, as I couldn’t put words down as fast as I thought. I suppose I just hung out with friends, signed on, and dreamed of scenes from my novel.

One day, I was at home in my mum’s house when the phone rang. It was Barney. He’d called to make sure I was in, he said. He was coming to my house.

Less than 20 minutes later, Barney turned up with another man standing behind him. Between them, they lugged in a sand-coloured PC monitor, a keyboard and a huge hard drive. Each had “ILEA” (Inner London Education Authority) stamped on the side, meaning they were all ex-school or college hardware. They shoved the lot into my arms while my mum hovered at my shoulder, whispering: “What does he want?” I had no idea. Barney hadn’t ever mentioned bringing round a computer.

It turned out that what he wanted was simple. “You’ve got no excuse,” Barney said. “Now you can write.”

Later, I learned the truth about Barney. How he’d shot the classic film Bronco Bullfrog (1969) with a group of non-professional Stratford teenagers for just £18,000. That his second feature, Private Road (1971), starred Bruce Robinson (who wrote and directed Withnail and I). He had a passion for taking people like me and guiding us into the often class-biased world of the arts, time and again. The dedication he had for giving was largely at the expense of his own work, which was brilliant.

Three further episodes sum Barney up, to my mind. Finding a screenplay he’d written, one of the best I’d read. A copy of the script for Withnail and I lying about his video drama workspace, nonchalant as the man himself. And the day he knocked at my door once The Scholar was published, to take back the PC he’d lent me, so someone else could have it. “You can buy your own computer now,” Barney said. And I could.

My life as a ‘fifth wife’ in Niger: The woman who fought her enslaver in court and won