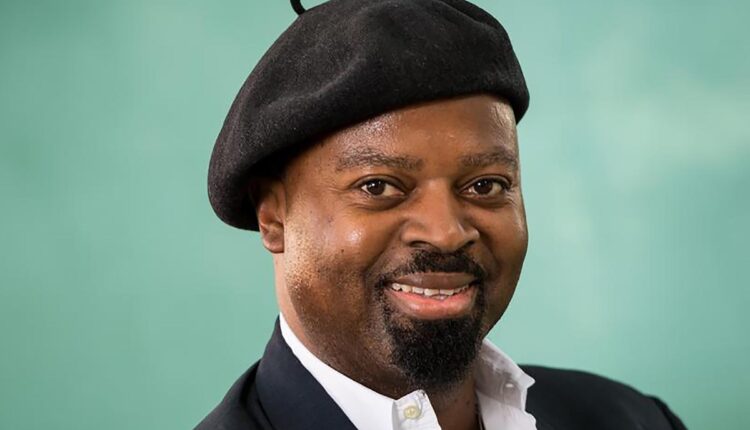 I wrote the first draft in a ghetto in Lagos, working on it at 4am. With its publication the life I was meant to live began.

Family legend has it that I began reading the Times at around the age of four. At school in London I was that kid who stuck his hand up to read aloud from the Shakespeare play we were studying or to recite a poem. At secondary school, in Nigeria, literature was something I was negligently good at, but didn’t take seriously. Over the holidays I would visit the libraries of foreign embassies and read my way through their literatures. At the American embassy, I discovered Emerson and Whitman; at the Japanese embassy, I discovered karate, Zen Buddhism and Bashō. It seemed then I was destined to be a scientist. I applied to university, but at age 14 was deemed too young. I spent a year at home, waiting to be old enough.

My main task, during that year, was to dust my father’s library. I was to dust the books but not read them. The first book to catch my attention was Plato’s Symposium. I had a great thirst for philosophy and devoured all his dialogues. I read the plays of Ibsen, Shaw, Shakespeare; the short stories of Maupassant, Chekhov, Maugham; then I got lost in 19th-century novels. Like everyone else, I read American and English thrillers. They were a bad influence in every way except one: they made writing seem deceptively easy.

We lived then in a place called Mile Twelve. There was poverty all around us. We had lived in a more genteel part of Lagos, but now we lived on the outskirts. They say three things make you a writer: childhood illness, a fall in your parent’s lifestyle, and encounter with death early in life. I had experienced them all.

Solitude is terrible for an adolescent but invaluable for learning to think for yourself. While my generation was dancing at the most wasteful national jamboree after the end of the civil war, I was in a ghetto learning to write. My father became a lawyer for the poor. It was the best education a young writer could ask for, to see the truth of society in the raw. I began with poetry. I wrote a hundred love poems and burned all except five.

Then something happened that plugged my writing into the nerve of life. The ghetto landlords had unlimited powers. They could throw families with all their possessions out into the street. I was so outraged at seeing this happen that I wrote an article about it for the Evening Times. To my amazement it was published. Encouraged, I wrote about other injustices. Those pieces were not published. Then it occurred to me to write a story about them. Two of the stories were published in women’s magazines. This began my long adventure in the rigorous craft of the short story. Then one of the short stories grew and grew, and became a novel.

By this time I had finished my A-levels and had a job working for a paint company. Traffic in Lagos was so atrocious that it took three hours to get to work. I would wake up at four o’clock in the morning and write for an hour before setting out for work. When I returned, I would sleep and then write till one o’clock. I was always dozing on the long bus ride to the office.

The first draft took a year. I got myself fired from work and bought a typewriter and a camera with the severance pay. I then worked as a reporter for a news magazine.
In the autumn of 1978 I came to London to study. I came really to write. All my colleagues dreamed of America, but my sentimental attachment was to the England of my childhood. I brought my typewriter, camera and the first draft of my first novel.

I read my way through the literature of Africa and the world. I made notes. I began re-writing. This was at my uncle’s house in New Cross. I sent the manuscript to many publishers, who all turned it down. Then, one morning, a letter came from Longmans’ African Writers’ Series. I remember giving a cry of joy. That moment changed everything. I was 19. With the publication of Flowers and Shadows, the life I was meant to live began.

Every Leaf a Hallelujah, an environmental fable for children and adults, is published by Head of Zeus (£14.99).

The Ethiopian scientist on the search for water on the moon