A Power story: 50-Cent’s path from gangster to TV mogul 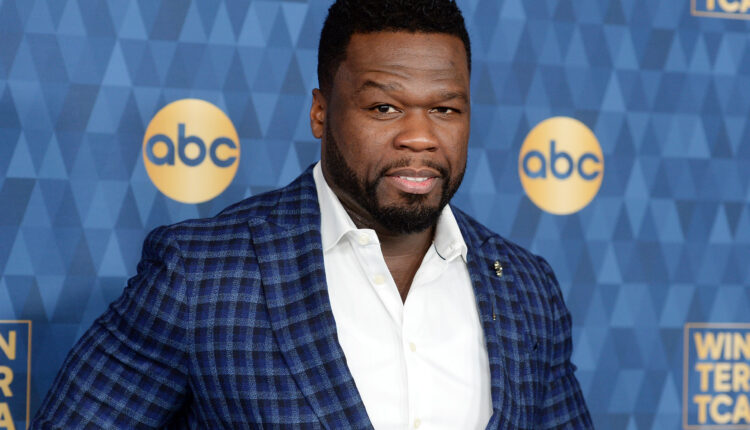 The former gangster turned rapper has consistently reinvented himself over the years, taking on new roles in entertainment globally. But his rise to fame and fortune has taken many unexpected turns all of which have contributed to his success as an individual.

How He Got Rich and Almost Died Trying

Curtis Jackson was born on July 15, 1975, to a hustler mother, Sabrina Jackson when she was only 15. She died when he was only 8-years-old in a fire in their home, believed to be the result of a drug-dealing conflict. He moved in with his grandmother and 8 other children after that. By the time he was 12, Fiddy was doing what his mother did – peddling drugs in the street. Perhaps it was because his grandmother couldn’t afford the luxuries his mother’s dealings had afforded him, or in his own words, “The only people I saw coming round who had nice things were from my mom’s life. They had Cadillacs, expensive jewelry, everything that symbolized financial freedom.” And not wanting to ask his grandmother “for a pair of Air Jordans when I knew she couldn’t afford them”, he began working to get my stuff and not stress her out.

And so it continued.

As far as his grandparents knew, he was at an after-school club. But school was not on his list of priorities. He was focused on building his drug-dealing career. At 15, he bought his first gun. By the time he turned 19, he had spent most of his teenage years in jail. All the while, his drug-dealing career was thriving, squeezing $150,000 a month of the streets.

After the birth of his son Marquis, 50-cent decided to stop dealing drugs and focus on music, a talent he had nursed all his life. “When my son came into my life my priorities changed because I wanted to have a relationship with him that I didn’t have with my father,” He explained. But the real turnaround in his life came when he was 25. Right outside his grandmother’s home, he was shot nine times. All at close range. Miraculously, he survived and spent only 2-weeks in the hospital. He stepped back onto the streets with a renewed sense of life and his signature slur, a result of one of the bullets going through his cheeks.

Before being gunned down, 50-cent had a deal with Columbia Records. Unfortunately, it fell through after the incident as the label no longer wanted to be associated with his gangster lifestyle. In response, he decided to give away all the tracks on that album for free and this caught the eye of Eminem and led to the contract with Dr. Dre’s Interscope Records.

Get Rich Or Die Tryin’ went on to become the bestselling album in 2003 selling over 12m copies, with signature tunes like In Da Club breaking the Billboard record as the most listened-to radio song within a week. Following the smashing success of his debut album produced by both Eminem and Dre, 50-cent (a name he appropriated from a dead gangster) Curtis bought a lavish Connecticut mansion in Farmington formerly owned by Mike Tyson for a $4.1m.

“I left for a tour of Get Rich Or Die Tryin’ and I came back with $38m. So getting that place was confirmation of success,” he said during an interview.

It was a colossal house with 50,000 square feet that boasts more than 50 rooms, which he later sold for $8m when he filed for bankruptcy a few years later.

It didn’t end there. Then came the bespoke label, G-Unit, 14 Grammy nominations, and a slew of awards. His second album, The Massacre, was also huge, but it gain the same traction as the first.

Since then, the Queens, New York native has maintained his play in the entertainment industry and other ways. He published a book called The 50th Law with Robert Greene (author The 48 Laws of Power). And another, Hustle Harder, Hustle Smarter – a self-help guide for aspiring bigwigs. One of the book’s recurrent themes is how adversity has strengthened him.

“When there are the setbacks, there are gonna be the get-backs,” he says. “If you’re just born super-rich and you’ve just been rich your whole life, you don’t understand the significance of it. It’s just where you are.”

Film-making was his next stop. His productions were either about him or featured him in the cast. He also made a fortune as an early investor in Vitaminwater, which reportedly yielded $100m when the company was sold to Coca-Cola for $4.1bn in 2007. He also founded SMS Audio, a successful headphones line.

All of this unending success seemed to have come to a head when he declared bankruptcy in 2015. Interestingly, this announcement came after losing 2 lawsuits: He was found guilty of releasing a sex tape online in June 2015, and was ordered by the court to $5 million in damages to the victim (his ex-wife); the year before that, headphone manufacturer Slick Audio had won a lawsuit against him for copying their ideas. He was required to pay them $17 million for copying their ideas. He agreed to pay the debt over a 5-year period but ended up paying in in 5 months with money he won in an unrelated lawsuit.

“Businesspeople will do that (declare bankruptcy) in a heartbeat before losing money. Because it means they have the ability to be secure and invest again,” he is reported to have said.

After this, many thought it was over for Curtis. But it wasn’t.

Soon after filing for bankruptcy, he signed a $150 million deal with the TV network Starz. This started a whole new trajectory in his success story.

Out of that partnership came Power, a hugely successful American TV crime drama series, which followed the exploits of James St. Patrick, a New York drug kingpin caught in a romantic web with an assistant US attorney who also happened to be his high school sweetheart. His collaboration with the brilliant Courtney A. Kemp, The Good Wife writer made the show the second most-watched on cable, after Game of Thrones.

50-cent brought on The Good Wife writer Courtney A. Kemp setting off his journey as a media mogul. Power, which followed the exploits of James St. Patrick, a New York drug kingpin caught in a romantic web with an assistant US attorney who also happened to be his high school sweetheart appealed to Black and Latinx viewers in particular. The popularity of the show among Black and Latinx viewers made it a ratings-hit when it premiered in 2014. Five seasons after, the show became the second most watch on cable, after Game of Thrones.

It came as no surprise therefore that the show has spawned four more spin-off series based on the major characters in the original series, and now forms the cornerstone of Starz’s programming. Power Book II: Ghost revolves around the life of Tariq, St Patrick’s son, set in the 90s Power Book III: Raising Kanan is a prequel that shows the early years of 50-cent’s character, while the recently released Power Book IV: Force explores the life of Tommy Egan, St Patrick’s right-hand man. Yet to be released, Power Book V: Influence will cover the story of the dubious, yet charming crooked councilman.

As an executive producer, Jackson mainly stays off the screen, appearing only in supporting roles on a few episodes. His influence is however seen as a music supervisor and performer on the show’s score. In 2018, Starz entered into another deal with Jackson – a 4-year, $150m developmental deal for the production of more content. A testament to his remarkable achievement in that space.

His only setback in this field so far would be the cancellation of his ABC series For Life (about a falsely incarcerated man who becomes an attorney behind bars). The show lasted two seasons.

Overall, 50-cent has proved himself to be a force to reckon with both on and off the streets. He has received 86 awards from 135 nominations for 5 albums. He has starred in over 30 movies and has had numerous tv appearances. On the family front, he has two sons, Marquise (the oldest, from who he is estranged) and Sire, with two different mothers.

Like it or not, Curtis James Jackson’s Power-driven reign is here to stay.