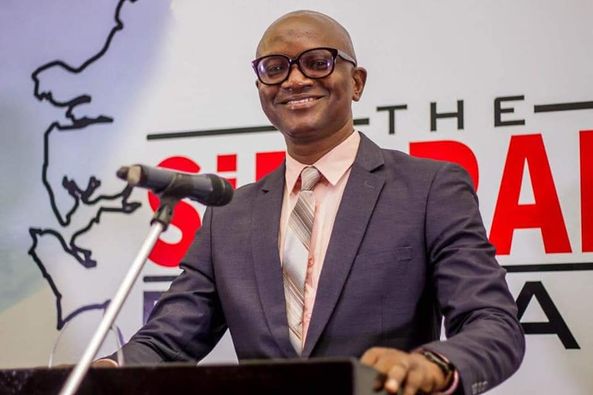 During the bloody rebel war that raged in Sierra Leone for more than a decade, fake news and rumours abounded – without the aid of social media.

At a time when only the elite had landlines and there was no internet or mobile telephones, reporters often had to go in person to find out information.

I would then have to go the telecommunications HQ in the capital, Freetown, to make a reverse-charge call to London to be able to file a report for the BBC.

Six years in to the conflict, on 9 October 1997, I ventured out to confirm a report that the military’s HQ had been bombed by a Nigerian military jet.

In apparent reprisal, the soldiers were said to have set ablaze the private residence of the exiled president.

It was at the stage in the war when the Revolutionary United Front (RUF) rebels—notorious for being intoxicated on drugs and hacking off people’s limbs—had teamed up with the military junta who had recently taken power.

Nigerian troops – part of the West African intervention force known as Ecomog – were stationed in the outskirts of the capital, with no mandate to intervene at the time.

I set off, walking past a roadblock manned by soldiers and their rebel allies. Somehow they knew I was headed to the burned-out residence.

About half a dozen of them chased me. “Stop!” they shouted, cocking their guns. “Running away would be fatal,” I said to myself. So I stood still.

When they got closer, one of them pulled a trigger. My right tibia bone was shattered.

I hopped on my left leg as they goaded me to their checkpoint. They kept kicking and hitting me whenever I fell down, shouting at me to get up.

At their checkpoint I leaned on a tree. As they flipped through the pages of my confiscated notebook, they were unhappy to read a piece I had filed about the death in a road accident of one of their bosses.

Their hate for journalists was palpable.

One of them pulled a trigger to finish me off, but another one pushed him and the bullet hit the tree.

They then decided to take me to their hideout, in the boot of a commandeered passing car – where they tortured me.

Among other things they lit a polyethylene plastic bag, dripping the flames on my back. They attempted to cut off my right hand, but I instinctively resisted. One of them urinated in my mouth, forcing me to swallow.

They took me to the back of the building in apparent readiness to kill me that night.

The owner of the commandeered vehicle would later tell me that those inside the car had said that was their intention.

But one of their commanders brought some wounded colleagues back to the hideout for treatment – and inquired where I was as he had seen me earlier at the checkpoint.

I heard them telling him they taken me to the hospital, so I shouted: “It is a lie, I am here.”

Eventually I was delivered to the military hospital known as 34, where a doctor recommended an X-ray.

As a soldier – working as an orderly – pushed my wheelchair, he deliberately let go of it and I rolled on the slippery surface, sustaining more injuries.

Two days later, through a fruit seller in the ward, I got a message to my local newspaper office to let them know what had happened. They informed London. Then I was transferred to a civilian hospital.

Many journalists were killed during the brutal 11-year conflict.

According to the media rights group, the Committee to Protect Journalists (CPJ), 15 foreign and local reporters were killed between 1996 and 2000 alone.

So in many ways I was lucky not to have been a part of those statistics.