Lee Edward Colston: ‘I share the same name as a British slave owner’ 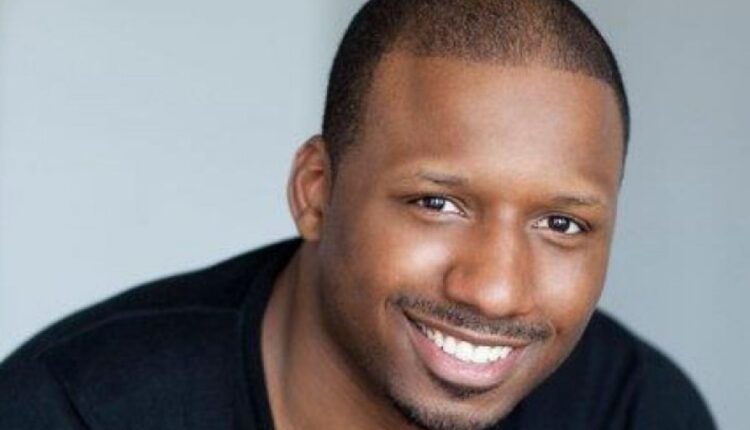 Lee Edward Colston was in his home when he heard that a statue of a man named Edward Colston had been toppled in Bristol, a coastal city in South West of England.

When the statue was pulled down and tipped by Black Lives Matter protests earlier this year, it had special resonance for one man thousands of miles away.

Lee Edward Colston, a black American playwright shares same names with the slave owner and slave trader, Edward Colston but he and his family have refused to let the awful past tarnish their family name.

It just made me wonder what my relationship was to this man who I share not one but two names with who’s a notorious slaver and slave-trader.’

As a black American, Lee is a descendant of the slave trade. His ancestors were shipped across oceans to Virginia.

‘I feel like I am a living fingerprint of slavery. There is not a day that goes by where I am not impacted by racism. Even in quarantine. Even in my own home.’

Lee doesn’t know exactly where his last name comes from because he was never told. But he has been searching for an answer.

‘The only reason that black folks have last names is because bar-codes weren’t invented yet. Enslaved black people were property and we were given last names so that other white people would know who’s property we were.

To share a name with somebody who is really an awful human being and then to watch that human being not only be celebrated but immortalised on British soil brings up a lot of complex feelings.’

Edward Colston, the 17th century slaver, is described by historians as a merchant, philanthropist and a politician. In Bristol, before his statue was pulled down by protestors, he was celebrated as a man who helped build Bristol to what it is today. But he also packed people on ships and traded them as slaves.

Lee Edward Colston says to heal the long-lasting wounds of black people in America and around the world, everyone needs to have deep and difficult conversations about the issue we tiptoe around: race, and take steps to a better alternative.

Lee Edward Colston has been asked several times if he’ll change his name because of the past it comes with. He responds to them always, ‘why should I?’ he says.

One of my cousins asked me something like: ‘You know, so how should we feel about our name in the light of all this?’

‘So I offered, we should feel proud of our name because as American black folks and the descendants of the people who were in bondage we have done with our name what black Americans have done with everything. We have taken the things that were weaponized against us to harm us and we have transformed it into legacy.

I have been raised by a strong lineage of amazing black men and a powerful, powerful force of amazing black women and that is something that I am very proud of and I refuse to allow a slaver to take that away from me when America has already taken away so much from me.’

Mohamed Gibril Kamara: The Freetown man on a mission to feed Sierra Leone