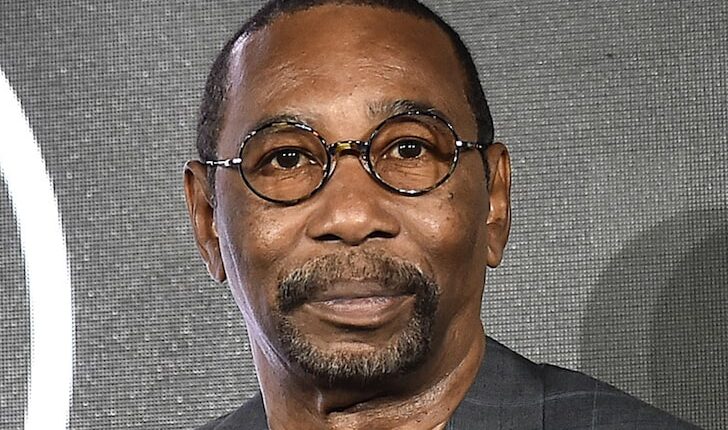 Larry Miller has lived the full circle of life, starting from nothing and going on to be everything. After 56 years of hiding in the shadows and keeping a life-changing secret from the world and even his friend Michael Jordan, the business executive has decided to face his demons head-on.

Larry has finally mustered the courage to seek redemption after murdering another teenager when he was only 16 years, a time when he was always filled with anger and drunk heavily. The decades between when this incident occurred and when Miller finally decided to make amends were filled with debilitating migraines and nightmares even as he continued to work hard and climb the corporate ladder.

Speaking in an interview with CNN, the sports executive said, “I had nightmares on a regular basis about going back to jail. I had incredible migraine headaches and I’m certain that that was all from just trying to hold all this in and being concerned that it might come out. There was always this tension and this fear that somehow this is going to come out and it’s going to ruin everything I’ve built up to this point.”

According to Larry, the tension and guilt of his act was lifted when he wrote his book, ‘Jump’ which talks about his remarkable life story. It is for this reason why he’s back at the spot where he committed the worst crime of his life, murdering another teenage boy that he launches his book and tells the media his story. “Jump: My Secret Journey from the Streets to the Boardroom” maybe he can reach a kid today to stop him doing something he will regret, or show an incarcerated person there is life after prison, he says.

Larry hopes by making his story known to the world and in his new book “Jump: My Secret Journey from the Streets to the Boardroom”, he may reach a kid today to stop doing something he might regret and to reassure them an incarcerated person could still have a meaningful life after prison.

Though the incident happened so long ago, the presence of cameras on the Philly streets immediately attracted hollers and hoots. Then one man stops and calls out of his car. “Is this about Larry Miller and my uncle?” he asked the CNN crew. “I’m Edward White’s nephew.

Miller doesn’t remember a lot about the encounter but remembers he had been lured and involved in gang activities for several years and was mad that one of his crew had recently been killed. He and some others went into the rival gang’s turf on the night of September 30, 1965, when they saw another teen, a complete stranger. Miller walked up to him. Accused him of being in the rival gang. He shot him in the chest and walked away.

Edward David White was Miller’s victim. He was 18, father of an 8-month-old and there was another baby on the way. He was going home from work, his family said, and had no gang ties. Tyrone Kegler never met his great uncle — he’d been born long after the murder. White’s nephew still lived in the neighbourhood but was surprised to find himself suddenly about to meet the man who had caused his family so much pain, so much turmoil, for so long.”Whoa I’m shaking,” he tells CNN as he gets out of the car. “This story has just opened up a whole can of worms for us, we weren’t expecting this,” he says, his voice fading to a whisper. Both men though not expecting the meetup, take the opportunity to talk for a few minutes and part ways with a hug.

Miler says he has thought about the killing of White every day of his life since it happened and has taken every opportunity available to make amends for it. According to Miller, his failure to name David White in his book was to protect the privacy of the family, but now he sees it was an error on his part to have refused to mention his victim. He also accepts he failed to reach out to the dead man’s family before he went public with his secret. “We are definitely in the process of trying to connect with them and make sure that they feel some healing out of this as well,” he says. “You know, to me, if we can come up with a way to memorialize Mr White, so that he isn’t someone that’s just forgotten, then this would be a positive.”

Ronald Marrero, attorney for the family admits Larry Miller has met the family twice at meetings he hosted in his office and the latter had spent Miller apologizing for not reaching out prior to publishing the book. Barbara Mack, White’s sister, said she forgave him, explaining, “I must forgive in order to be forgiven,” the attorney said. Miller co-wrote his book with his daughter Laila Lacy, who gave him a second chance after he hurt her. When Lacy was in college, her mother died. Miller did not show up for the funeral to be by his daughter’s side.

Larry says he believes his daughter now understands why he could not be there for her even though she needed him at that time. Lacy is currently not only proudly standing by her father but is also very proud of the man he has become. And much of the theme of the book is the second chances he was given — and made the most of — after going to prison for the murder of White.

While prosecuted as an adult, he served only 4½ years before his release. He says he found a new purpose with the Nation of Islam. But he was sent back to prison when he tried to get money for the organization through armed robbery, extortion and selling drugs, even though all of that is against Islamic teachings. He got breaks then, too — he calls them “blessings.” He was penalized with just nine months’ incarceration for violating his parole for White’s murder. And his sentences for the robberies were ordered to run at the same time rather than one after another, so he served a total of another 4½ years for those. He was also able to resume his education, first inside the prison using Pell grants available to inmates and then on a day-release program to attend college.

“That’s what really made me start to believe that I could actually change my life. I was going to learn my way out of the lifestyle that I was living in the things that I was doing and that I was going to give education and opportunity to change my life.” Larry Miller was driven, passionate and ready to make his dream of working for a top accounting firm come to fruition with a simple handshake from a hiring manager, when he shared the story of his murder conviction.

This taught Miller a lesson. He wasn’t going to hide his past but he wasn’t going to willingly make people aware of it either. He says the Campbell Soup Company application simply asked if he had been convicted of a crime in the last five years, so he could truthfully say no. Many of his jobs after that didn’t involve application forms, they were agreed with a handshake.

But there were moments of abject fear over his secret, followed by temporary relief, he says, like when he underwent a background check to accept a dinner invitation from the Clinton White House. Somehow he passed and found himself sitting next to first lady Hillary Clinton discussing Chinese labor issues. Miller’s night terrors about his past hit a high when he became president of the Portland Trail Blazers, then often called the Jail Blazers for the run-ins players were having with the law.

Through all of this his past stayed private, a feat he accepts would not have been possible in this age of advanced technology, Google and electronic records.”I was concerned all the time that it could come out. And that’s what I’m certain was causing the headaches and the nightmares because once I started sharing with my daughter, and started talking to her about all of this, and kind of getting it out, the nightmares stopped, the migraines stopped. And I know that was just letting this out,” he says

While preparing to break his silence, he turned to those he knew from leading the Jordan brand at Nike — Nike co-founder Phil Knight, NBA Commissioner Adam Silver and Michael Jordan himself. To a man, he says, they supported him and his decision to speak now in the hope of stopping another teen heading into criminality, or encouraging someone in or who had left prison to turn their life around, and to encourage employers to look beyond a rap sheet.

Miller says he thought every day of the young man he killed but had to bury this deep in his mind. “It would always pop up. But I was able to always put it in the back of my mind and try to do some positive things to help offset it,” he says.

Larry insists he would like to honour David White in his own way and though he has had decades of success he has failed by not reaching out to the people he left devasted up until now. White’s family have asked him to establish a scholarship for students at West Philadelphia High School, where White once went.

The White family said in a statement provided by their attorney, “The family hopes that Mr. Miller is truly remorseful. The family expects that Mr. Miller’s actions will further exemplify that remorse by following through with the scholarship in honor of Edward David White.”

Grass to Grace: The lawyer and the prisoner’s daughter