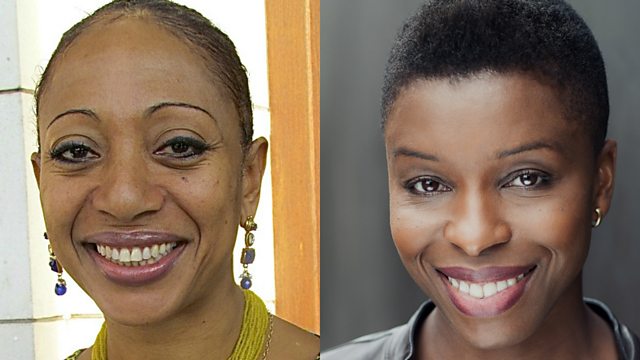 Samia Yaba Nkrumah and Noo Saro-Wiwa were privileged to have lived with and had as fathers, men who made sure to make an unforgetable impact on their countries.

Osagyefo Dr Kwame Nkrumah, born on 21st September 1909was a Ghanaian politician and revolutionary. He was the first Prime Minister and President of Ghana, having led the Gold Coast to independence from Britain in 1957.

Nkrumah was deposed in 1966 by the National Liberation Council which under the supervision of international financial institutions privatized many of the country’s state corporations.

He was forced into exile to Guinea, where he lived the rest of his life and acted as honorary co-president. He died while still in Guinea on the 27th of April 1972.

Kenule Beeson Saro-Wiwa better known as Ken Saro Wiwa, born on the 10th October 1941 was a Nigerian writer, television producer, environmental activist, and winner of the Right Livelihood Award for “exemplary courage in striving non-violently for civil, economic and environmental rights” and the Goldman Environmental Prize.

He was killed on the 10th of November 1995, and his death provoked international outrage and the immediate suspension of Nigeria from the Commonwealth of Nations, as well as the calling back of many foreign diplomats for consultation.

Samia Nkrumah describes her relationship with her father as humbling and a privilege. ‘It was an absolute privilege to have had him as my father. The moment I mention my name anyway, people immediately make the connection because my dad left a legacy that is still living on up until today. So, it is very humbling to have had him as my dad.’

On her end, Noo shares her experience saying, ‘Sometimes when I mention my name, people make the connection, while others just say the name sounds familiar and then they go ahead to ask more questions. ‘

Both ladies admit they knew their fathers were important personalities right from their childhood. ‘My dad as I have known him was always an important person. He was the TV producer at his workplace and everyone respected him as the boss. He was also the most successful in his family and took care of his siblings, so he was always regarded and given a lot of respect everywhere. He was an ambitious and courageous man who never seized an opportunity to remind us of the fact that as Africans, we had to work three times harder for anything we wanted,’ Noo shared.

Samia Nkrumah on the other said recalls, ‘I saw very important people coming in and out of our home as I was growing up, so generally I had a sense of the kind of person my dad was. The most permanent memory I have is when he escaped another of the 7 assassination attempts made on his life. It happened right there in our garden at home and my dad came into the house covered in blood. That was when we were told someone tried ro kill him again.’

Unfortunately for both women, they did not get the opportunity to live with their fathers over long periods of time because of the threats their families faced due to the political affiliations of their fathers.

However, these illustrious statesmen did not miss the opportunity of giving their daughters the best of themselves even in the very little time they spent with them.

According to Samia and Noo, they remember their fathers making time to interact and play with their kids as and when they could afford. These moments were not many, but they are great memories both ladies still hold on dearly to.

Samia lost her dad when she was only 12 years old and had not seen for nearly six years before his untimely death. The Nkrumah family was separated after what she calls the ‘illegal overthrow’ and Samia and her siblings and mum moved to live in Egypt while Nkrumah lived in Guinea. This meant, the last time Samia saw her dad was when she was only six years old.

‘I mainly got to know my dad through his writings because I remember very little of my time with him. He left a lot of books and letters behind which I got the opportunity to read and got to know him through them. It took a very long while to lay hands on these books and writings though because our home was ransacked after the illegal overthrow and attempts were made to bury everything and anything that concerned him.

Again, we had to leave Ghana with nothing and that was how all those were left behind at home. But he had set up his own publishing firm before he died, so with time his books and letters got into circulation again and then I was able to read many of them. Daddy died in Guinea and this was so because we were told it was unsafe for him to travel and for us to travel as well, so for six years we never saw him and was only informed of his death.’

Noo Saro-Wiwa, very similar to Samia heard many of the stories about her father from letters and books written by people about him. Fortunately for her also, her father spent time telling her a lot about himself and his legacies in a bid to get she or any of her siblings to continue his legacy one day when he was no more.

Noo lost her dad when she was 19 years, she recalls the day saying, ‘I was in the second of my university education in the UK and after class I had gone out shopping. There were not a lot of mobile phones at the time so I did not own one. When he and his friends were sentenced to death, my mum called my apartment and my roommate picked up and received the news.

I guess it was too hard for her to tell me herself, so she left a note asking me to call my mum as soon as possible. I did and she gave me the news, but I just remember going blank and cannot tell what happened next. He had been sentenced to death awhile back, but I did not think they would actually get through to kill him.’

One thing both ladies have in common is the fact that, mourning their fathers was not hard because they had entire communities and countries join them to mourn the loss. ‘You realise that the life of the individual who just passed is bigger than just you or your family. He belonged to the people as well and this made the mourning more of a celebration of life and not moments of sadness, ‘ both ladies agreed.

Noo Saro-Wiwa admits even with all the good things and change her father sought to bring to his people, he was human and made many mistakes, as a husband, a father and a statesman but that does not in anyway erase his legacies. ‘All the charges levelled against him were later proved to be false, so this truly means he was just out there to make things right for everyone and it is just unfortunate some people did not like that idea.’

Samia Nkrumah, however, insists her father’s tag as a dictator was not the truth in its entirety. ‘What kind of dictator would want to make education free and compulsory? This should tell you he was probably a very different kind of dictator. He did everything either by vote, by referendums or through parliament, so how was he a dictator? But I still appreciate his greatest gifts to us, his ideas. They are still the very basis of many of the things we still do in the country so I am very grateful for that.’

Samia decided to follow her father into politics and was once chair of the Convention People’s Party, a political party in Ghana founded by her father. She is currently running for the parliamentary seat of the Jomoro constituency as an independent candidate.