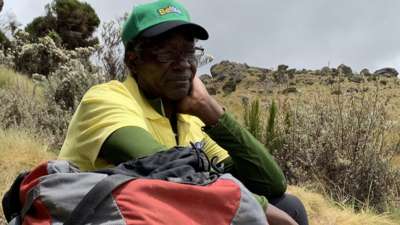 Kenyan mountaineer James Kagambi was among a group of climbers who made history on Thursday as the first all-black team to climb Mount Everest.

The group made their final assault on the summit after spending about 40 days on the mountain. Six of the team’s nine members reached the summit along with their guides.

“I made it. I was on top of the world just a few hours ago. I did it, we did it,” Mr Kagambi is quoted as saying by his sponsor, Kenyan sports betting firm Betika.

“I didn’t know that I would make it this far with my old age and my weak knees, but I pushed myself to the next level. Africans should know that this space exists for them too,” he added.

The Full Circle Everest team hopes to encourage diversity in the sport of mountaineering.