A night to remember at the hospital 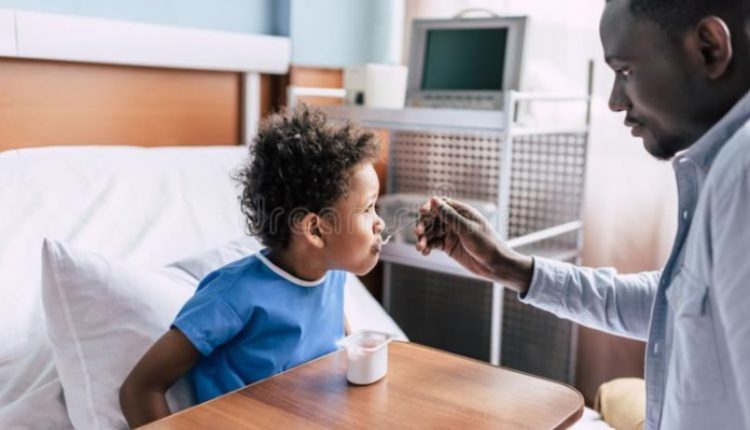 Men, no — replace that with dads, have not done well with matters paediatrics. Most may have taken part in rushing a sick baby to the nearest dispensary at night, but not many can attest to having spent the night with an admitted baby.

I personally do not remember the one occasion my own dad was ‘admitted’ alongside me when I was young and sickly, it was always mum. I am not sure he ever offered but mum said no, or it was an unwritten rule that an admitted child is the mother’s responsibility.

So, on this day my son left home looking normal but developed a high fever and I had to go pick him from the school infirmary.

Apparently the school nurse had tried stabilising him in vain, reason the SOS call was put through to me. And you see, children are like vehicles; they totally break down on you when alone, then purr like never before the moment you give a mechanic to test drive.

As I sat there convincing the paediatrician that the boy was threatening to die on me between school and the facility, he was busy fighting for this big red and yellow truck with another supposedly sick boy.

The fighting spirit and energy in that young man as we drew samples for the blood tests would have easily rivalled an elephant’s. The screaming was so loud and extended that those at the reception must have at some point thought we were chopping the young man’s arm.

He was evidently annoyed with me when we sat back at the reception waiting for the test results, wondering how a dad he trusted with his life had laid bare his hand for a stranger to poke a sharp object into his vein. The diagnosis was not good; he had severe malaria and low blood count.

“I cannot allow him to go back home in this state, he has to be admitted. Are we in agreement?” explained the paediatrician.

“So tell his mum to start preparing for a night in hospital.”

I tried to wrap my mind around the fact that I had single-handedly brought the sick boy for treatment yet the doctor concluded that because an admission was in the offing, it had to be the mother taking over. A lady dressed in a grey apron motioned me to follow her to a room she was preparing, my boy clutching at me like a monkey.

You could tell she was surprised by the declaration that I would be the one spending the night alongside him. To either break the ice or just get nosy, she multitasked between spreading new sheets on the bed and interrogating me on how I ended up there.

“Wewe ni nani wa huyu mtoto?” (How are you related to this baby?) she asked.

“Ako mbali kidogo,” (She’s away at the moment.)

There were three other young bedridden patients in the cubicle. Beside each bed sat a woman, most probably mothers to the patients. Three pairs of female eyes stared blankly as father and son assumed their new home for days only the medics knew. They may not have said what was going through their minds, but I could tell we were in an unwelcome territory.

I was confused on whether to strike up a conversation or sit back and join the game of staring at each other with big eyes like owls. As I settled into his bed to rest from the day’s activities, I asked myself whether I would honestly have spent the night beside my boy in a hospital bed if his mum was around. I did not do very well at answering myself.

By the second day, the women and I were sharing fruits and cereals, that is when they openly admitted to being shocked that I chose to stay with my son.

Two wished that the men in their lives had taken turns spending at the hospital. One of them was however of a totally different school of thought. According to her, she did not feel comfortable letting her husband sleep over in hospital with their child because her conscience would not let her sleep at home.

The question I kept to myself when she said that was why she was married to a man she could not trust to care for a baby he fathered.

I do not have the statistics of men who were requested to take turns in staying with an admitted baby and they said yes or no, but men and paediatrics is a phenomenon that needs to be researched.

My battle with bipolar disorder

Defying the odds: Stories of African refugees who have become global icons