Eleven years in prison without trial was traumatic 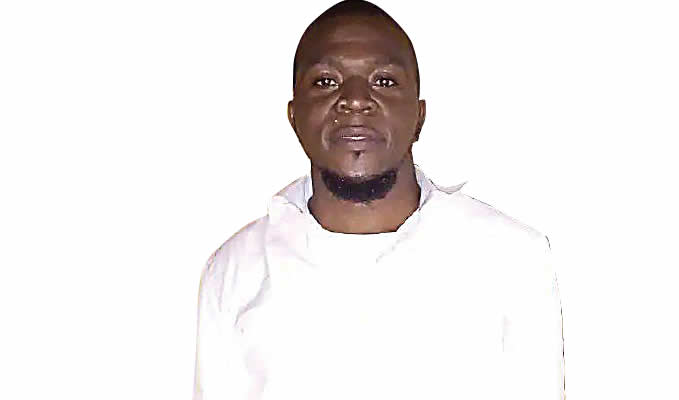 My name is Godswill Udoh. I am 35 years old. I am from Akwa Ibom State in Nigeria. I am not employed at the moment. I was arrested on November 26, 2010. I don’t even understand what they (security agents) were trying to achieve.

At the time, I was into production of aluminum window frames and doors. I lived in Ikorodu and every second and last Friday of the month, I used to travel to Ajegunle to see my parents and my siblings, so as to spend time with them and give them some money.

On that fateful day, around 8pm, I was on my way to Ajegunle from Ikorodu in Nigeria when I was arrested at Mile 2. I alighted from the bus at Mile 2 and was looking for a bike to take me to my destination when I heard someone call out, “Young man, stop.”

I looked back and was wondering who those people were. Before I could understand what was happening, I had been surrounded by about six men. They ordered me to get into a police van and as I was asking them what my offence was, they started beating me. I struggled with them and I was beaten mercilessly. I was thrown into the van and driven to the police station. They took the N96,000 they found on me. My plan was to give my parents some money and then go to Iyana-Ipaja on Monday to buy some raw materials needed for my work.

They tagged me a hoodlum. To be honest, I really struggled with them. On getting to the police station, I was told to sign a particular paper, the content of which I didn’t know, as they didn’t even give me a chance to read it. I refused to sign, insisting t that I needed to read what I was ordered to sign. They started beating me again and when it got to a point that I could not endure the beating anymore, fearing I might die, I eventually gave in and signed the paper as ordered. I thought that would be the end, but they locked me up and took me to court on January 10, 2011.

I was arraigned and sent to prison. It all seemed like a dream. And I was in prison like that without committing any crime. Like a joke, I spent a year in prison; a year ran into two and I was in prison for 11 whole years for committing absolutely no crime. I was suffering, awaiting trial for no crime committed. If not for Headfort Foundation that fought for my release, I will still be in prison now.

For all those years, there was no IPO (investigating police officer), no complainants, and no witness came forward. After my first appearing in court in 2011, I was not taken there again until 2016. In November 2021, the court gave me N500,000 bail with two sureties but I couldn’t perfect the bail conditions.

They said they found a bottle of gin and bullets on me and that I was an armed robber. It was all shocking. They charged me with armed robbery, unlawful possession of arms and conspiracy. The court ordered that I should be remanded in prison.

They didn’t even let my family come in contact with me. They didn’t allow them to see me at all. These policemen even made me to lead them to my apartment. And when we got there, they took all my belongings. Despite seeing my complimentary card and ID card, showing the work I did, they insisted I was an armed robber; they claimed the complimentary card was fake. I even took them to my workshop to show them what I did for a living but they already made up their mind that I was a criminal.

In all of this, they didn’t allow my family members to see me. I faced hell. I believe it was God who sent Headfort Foundation my way. I was beaten me mercilessly.

The foundation found me during one of their visits to the prison. They usually come because it is common knowledge that the prison has a high number of innocent persons. The foundation took up my case after I told them my story and they fought for my release. Before then, I had tried a number of lawyers but nothing happened. Headfort Foundation took up my matter in 2019, giving me hope that I would get out of the situation.

Since last year the judge had been very angry with the state counsel. The judge was saying I couldn’t remain in prison for no reason. The prosecution didn’t bring forward any evidence, witnesses or IPO to testify against me. The judge eventually struck out the case and ordered that I should be released.

That place is terrible and it takes the grace of God to survive there. People die almost every week, especially during the #EndSARS period. It was just by God’s grace that I survived that period. They killed people like flies. Some people even tried to make their way out of the prison, which led to their death. That day was a bloody day. I will never forget that day in my life – very bloody day.

The number of innocent persons in prison is greater than the number of offenders. Some of these people were falsely accused of armed robbery by the police. Some were arrested during raids of places where dead bodies were found. The Nigeria Police are not being fair at all and they usually don’t let people contact their families. They just keep throwing people in prison.

I just want to move on with my life. I won’t want what will drag me back. I have things I want to put together and I won’t want anything that will disrupt my plans and movement. I want to start livestock farming. While in prison, I was taking lessons from someone who knows much about farming. Now that I have regained my freedom, if I get funding I will go into fish farming. I don’t know how I will get funds but I am trusting God.

I can’t go back to producing aluminum doors and window frames because there have been so many new developments in the field and I have become rusty.

They meant it for evil but the good Lord has turned it around for good. If I didn’t keep myself the way God wanted I would have been rough. I literally watched some people develop mental problem in there. Some were just few years into the place and died. I am really angry with the police. They just wasted my time but I leave them to God. I was just held for 11 years for something I knew nothing about. I leave them to God and He will fight for me. I just thank God for keeping me alive.