Former political prisoner: ‘In prison I was forced to undergo a “virginity test”’ 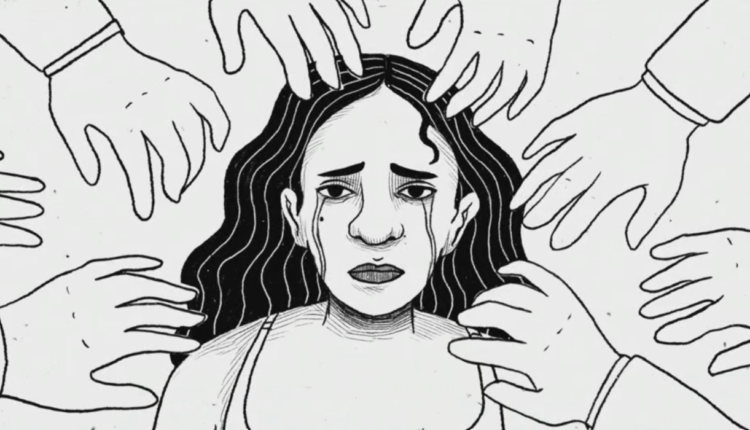 A former political prisoner, Esra, [not her real name] was in prison for protesting in her country Egypt. Security forces arrested her and threw her into prison. While in prison for a month, she was subject to horrific treatment which violated her human rights and charged for terrorism and indecency.

Esra says she was forced to have ‘virginity tests’.

‘Virginity tests’ are in no way scientific and cannot be used as a valid means to check to see if a girl or a woman is a virgin according to the World Health Organisation. Yet, 20 countries in the world encourage the abusive practise on the female sex.

“We stood in a queue and one by one our names were called. We walked into an enclosure with curtains. The curtains didn’t close completely. When my turn came, I was crying hysterically. I told him: ‘Please I don’t want to take off my clothes’. He said: ‘Sorry but this is the procedure.’”

In 2011 ‘virginity tests’ on female detainees were outlawed in Egypt. But activists say mandatory body searches and check ups on prisoners are used as a disguise for the abusive procedures.

Esra was then forced to undergo a vaginal inspection to check to see whether she is a virgin.

She was about to begin when I said, ‘Please don’t, the official documents say I’m a virgin.’ If I bleed you will be the one who broke my hymen.”

Esra says she was then forced to go through another ordeal.

“This is how I was punished. The guard said take off your clothes and I said no I won’t. So she took my clothes off by force. She grabbed my breasts tightly. She said: ‘they say you’re a virgin but your body is of a woman who is not.”

After the experience, Esra says she could not speak or move. She had been violated and humiliated.

According to the UN Human Rights, UN Women, the WHO, there is no examination that can prove a girl or woman has had sex.

Deta Hedman: ‘I’m not here to please you. I’m here to play a game that I enjoy’

Wendy Kemunto: Dealing with my rape through music

Lily Okeyo: ‘My dad told me – don’t allow men to touch you because you…