From street hawking to building a successful tech company 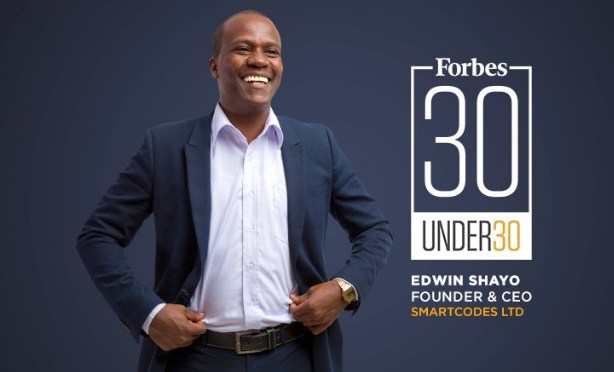 Circumstances meant that Edwin Shayo had to sell cassettes on the streets at only 13 years of age. Then, he moved to CDs at 17. But now he runs a successful tech company in Tanzania having chosen a computer over college some few years back.

Edwin Bruno Shayo is just a little over thirty but the young man has already worked his way into Tanzanian folklore. He’s amassed quite a following both at home and abroad, having become something of a fan favourite on the backs of his prodigious talents and precocious exploits.

In an entrepreneurial adventure that kicked off as far back as when he was just 13, it looks like he’s been there and done that. Apart from carving his name into the annals of his country’s history by developing M-Paper — an online newspaper and books platform that has become one of the most successful apps in Africa — his company, Smart Codes Limited, has become well-known in Tanzania for helping other companies successfully manage their digital marketing strategies.

New grounds have been broken. Amazing feats have been pulled. Awards have been aplenty. And it’s been a long time coming.

When Edwin was just 13, he had already found a decent business selling cassettes. It’s not that he wanted to. The financial situation in his household meant that he had to. And when he turned 17, he had stepped things up a notch by selling compact discs (CDs). That was how he saw himself through school.

By the time college applications came around, he managed to land a government allowance which was supposed to pay for his university tuition. But Edwin had other ideas. Before then, he had learned a thing or two about computers and wanted to explore further. What was he was to do next was going to prove both crazy and brilliant.

Instead of paying his university tuition, Edwin used the money in other ways. By the time he had purchased a computer and printed business cards, there was nothing left in his pocket. But at least, he had good intentions, even though it looked like he’d made some bad decisions initially.

Armed with his first computer — the one his tuition paid for — Edwin began to learn the rudiments of web design. It was a lot of work and it did cause some trouble too, but he stuck to it. Before long, he had become pretty good at it. Everything else happened in a flurry.

After he set up a website which allows companies to advertise their products, clients started to come calling. Soon, he had built up quite a clientele. Those were the formative years of a business that has since grown into a digital agency that focuses on advertising, research, and marketing. Edwin named this organisation Smart Codes.

It was under this same company that he developed M-Paper; a platform that distributes printed newspapers and books directly to readers’ phones. It wasn’t quite long ago that M-Paper won the AppsAfrica Award for the Best Innovation and Educational Application in Africa.

Since launching Smart Codes and bringing M-Paper to life, Edwin has become something of a celebrity entrepreneur, at least, in his homeland. He’s spoken at several high-profile events and the awards have been aplenty.

At the Tanzania Leadership Awards in 2015, Edwin emerged the winner of Young Achiever of the Year Award and, in 2016, he made it into Forbes Africa’s 30 under 30 list. As of two years ago, Smart Codes was doing USD 350 K in annual turnover and employing some 29 full-time employees, and a further 15 on a contract basis. And things have only gotten better since then.

A tribute to my beloved mother; the ultimate mother and teacher

Tanzania Precision Air crash: ‘I tried to save pilots but was knocked…