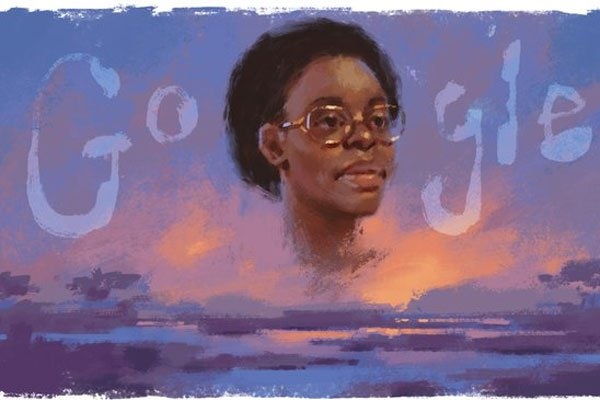 Google took to Twitter to celebrate the the novelist who still remains one of the most respected Kenyan authors. “Happy to celebrate Kenyan award-winning author, activist and doctor, the late Dr Margaret Ogola, author of The River and the Source,” tweeted Google Africa.

In addition, the tech giant they honoured her with a doodle as a gift on a day that would have been her 60th birthday.

A Google Doodle is a special, temporary alteration of the logo on Google’s homepages intended to commemorate holidays, events, achievements, and notable historical figures who deserve acknowledgement for a remarkable achievement.

Google defines doodles represent a “fun, surprising and sometimes spontaneous changes that are made to the Google logo to celebrate holidays, anniversaries and the lives of famous artists, pioneers and scientists”.

All through her academics, Ogolla did exemplary well. She attended Thompson’s Falls High School for her O-levels, she later joined Alliance Girls High School for A-levels. Later on, she joined the University of Nairobi where she pursued with a Bachelor of Medicine and Surgery degree in 1984 before joining Kenyatta National Hospital as a medical officer.

The doctor then earned her Master’s in Paediatrics from the same university in 1990.
Unfortunately, Dr. Ogola passed on after a long battle with cancer on September 21, 2011.

Even in her deathbed, the passionate author’s spirit is alive. The medic will always be remembered for her unending zeal in women empowerment and her wholehearted support for people living with HIV/Aids.

She made her mark as an author as she published three books namely: I swear by Apollo, Place of destiny, The river and the source, Mandate of the people and Cardinal Otunga.

The River and the Source which was her debut novel and not only did it win prizes, it also gave Kenyan secondary schools a set book which was used in Kenya Certificate of Secondary Examinations(KCSE) syllabus between 1999 and 2004.

The book features the lives of several generations of Kenyan women in the fast changing society. It captured the lives of women from 19th century when life was mainly in a rural setting to the modern-day Nairobi women’s life.

Basically, the novel appreciates the bold acts of women in a traditional setting. The novel won two prestigious awards: The Jomo Kenyatta Prize for Literature in (1995) and the Commonwealth Writers’ Prize for Best First Book in Africa. The book has so far been translated to Spanish, Lithuanian, and Italian.