I looked on helplessly as mum struggled with hair loss 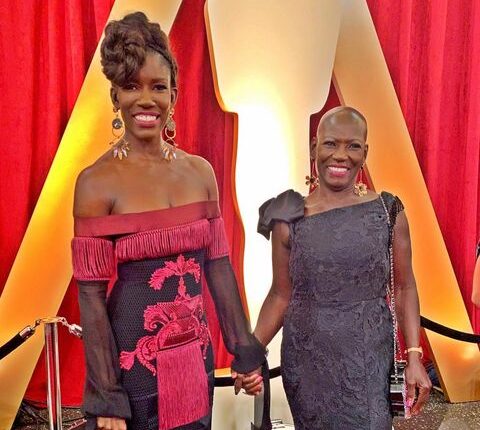 So here’s the thing…this entire conversation is very personal and very triggering because it’s also about my mom.

Her hair began to thin dramatically about a decade ago, after always boasting full, gorgeous hair in every Black-Woman-Goals style (Afro, Jheri curls, Relaxer, Braids, Twist-Outs etc) She’s the inspiration for the many different hairstyles in my adulthood.

I stood by silently as she struggled with losing what had been her crowning glory. When I was a kid, we couldn’t go anywhere without friends and strangers alike exclaiming over her mane and now she had to face the world without it.

Some might think it’s a superficial, vanity filled fear, but I assure you that it’s not. Especially when the world has made Black Women’s hair a highly controversial, and often critiqued topic (eh hemmm, it literally JUST became legal for Black hair to be worn in its natural texture— see The Crown Act!). And then on top of that, the styles that are ridiculed on Black women become fashion-forward on white women.

The topic is highly weaponized and is fraught with deep pain. I watched helplessly as my mom wrestled with wigs she detested but wore because of societal pressure, or friends who told her that it would be too “wild” and “inappropriate for a woman” to shave it all off, or that glorious moment when the beautifully bald warrior women of Black Panther’s Dora Milaje made my mom feel like a superhero… only then to become super annoying when folks referred to them and her for the millionth time! Yeah. None of that was great.

But then there was a magical day when she made the decision for herself and decided to appear in the world in her bald glory! I cried that day. I was so proud… and I was scared. What if little kids pointed or grown folks said unkind things? I’m not quick to anger, but I can’t say that I wouldn’t knock someone into next week if they took a swipe at my mother. She’s walking boldly in the world with her head held high… and yes, even on the @theacademy awards red carpet.

And now THE slap has been heard around the world. I hope the fallout is a change in the way we view each other. So gon’head and give my mom Aba Enim(@abaenim) some love too!

My son died at post; it is God’s doing

Tolulope Ogunbodede: ‘I am not my hair. With or without my hair, I am still me.’

Liliane Coulibaly Caly: ‘They didn’t give me a job because of my kinky hair.…