Into the darkness: Going blind in Morocco

A courageous family of 11 blind people try to keep hopes and dreams alive as another member faces blindness. 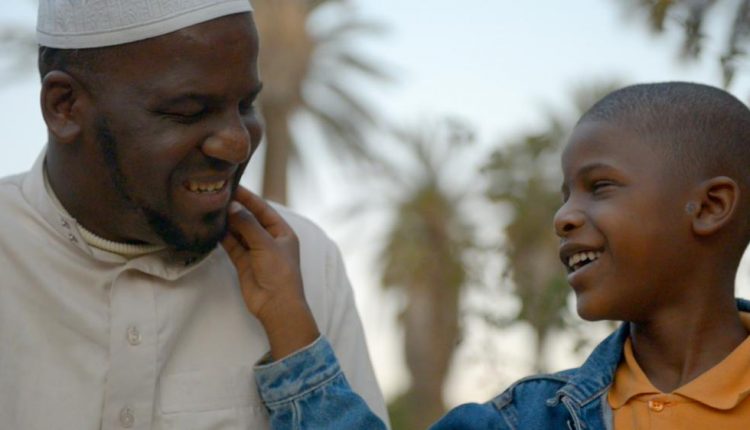 Mohamed and his family live in Taroudant, western Morocco. They are just like other families but 11 of them are blind, including Mohamed’s father, who has to beg for a living.

With no financial help from the state and excluded from society, he tries to keep their hopes and dreams alive.

Young Mohamed is smart and playful. He dreams that the doctors will be able to operate and save his vision.

His older cousin Naima is the first member of the family pursuing higher education as she wants to help them escape the hardship.

However, being a student costs money and with their financial problems, her dream seems unlikely.

Told from the perspective of young Mohamed, Into Darkness is an intimate portrait of a deeply religious family that will not give up believing in a better future.

As a storyteller, I have always believed that human stories show us the things we have in common. At a time where we are faced with Islamophobia and social polarisation I decided, as a filmmaker, to look for a story that unites people rather than one that focuses on our differences.

And this is where it all began; while on holiday in my native Morocco, I met Achmed, a 35-year-old blind man, in the city of Taroudant. At the time, I was doing research into another project called RUMI, looking for young disabled people pursuing higher education.

Achmed invited me to his home to meet his sister Naima who’s also blind and a student.

She had just finished her first year studying to become a physiotherapist. When I entered the house I was surprised; I was surrounded by an entire family of blind people. Eleven out of 13 family members are blind, living together in one house.

Only the grandmother, the daughter-in-law Fatima and the little boy Elias could see. It was a quite shock for me. Not only does this family have to live in total darkness, they live in poverty and have no income or aid from the government whatsoever.

I was inspired by Naima who believes that higher education is the only way out of poverty. The young children, Mohamed and Marwa, touched me even more. They only have one dream – to keep the last bit of sight they still have. When I arrived back home in Belgium I knew I had to tell this story. I convinced the Royal Institute of Theatre, Cinema and Sound (RITCS) that this would be my masters graduation film project and I gathered a team together: Kris Van Den Bulck, a cameraman from Belgium, and through RITCS, I found a sound engineer at the ESAV film school in Marrakech, Zineb El Ouarzazi, and Erika De Korte, my editor from the Netherlands.

With Into Darkness I hope to move people with the story of this family and also shed light on the terrible circumstances they and many others in Morocco have to live with.

Into Darkness had a world premiere at IDFA Festival Amsterdam, in two competitions. Since its screening it has been described as “a film the world should watch”. There was a similar reaction in June, when the film won the audience award at the prestigious LA Film Festival in Hollywood. The film was also the opening film of the FIDADOC festival in Agadir, Morocco.

When people in Morocco saw this film, they were moved and shocked. It started a debate to bring change, not only for disabled people, but for all people who face social injustice. In this documentary, we are reminded of how much we are alike in the core of our being. It shows us that it doesn’t matter what cultural glasses we wear, we all go through fear, sadness and laughter in life. It reminds us that we should be lucky and grateful for what we have, that we can still smile, that we understand what courage and dignity really looks like and, above all, that we remain hopeful. The best thing about making this film is that I gained a new family, who hardly believes the world is moved by their story. Little Mohamed asked me once: “Are there really people interested in my story?” Every soul I meet wishes you the best in life and wants to help you, I replied.

Being a new graduate of filmmaking at the age of 40 means that I can finally do what I was meant to – telling people’s stories. I was born and raised in Belgium and have Moroccan roots and I intend to travel the world to tell more stories, especially in the Arab world, about the struggle against Islamophobia, racism, and social injustice that people of ethnic minorities face in Europe today. I sincerely believe that cinema is a powerful tool to bring people together, to understand one another and to discuss taboos, but mainly to be a platform for change.

What about the future of this family?

My main goal for this family is to find a medical solution to save the children’s sight through surgery. If there is a possibility, I will start a crowdfunding campaign to help fund their travel and medical expenses to Europe for their operation.

But for now, we still have to wait for the medical results and maybe, just maybe, we’ll get some good news. In which case, I might make a new film called “Into the Light” documenting these children’s new lives, out of the darkness.