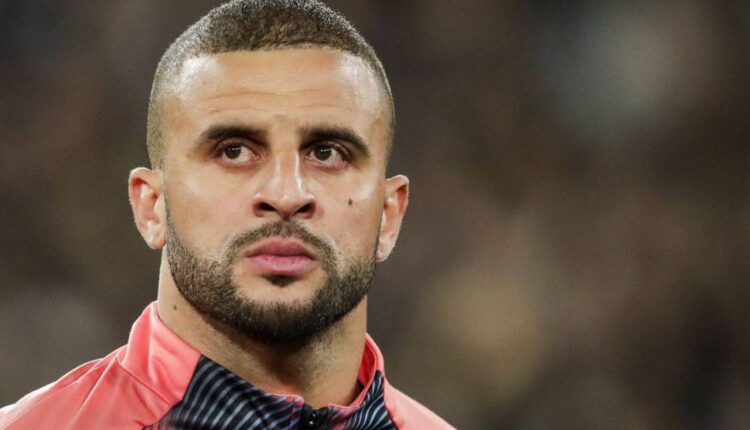 England defender, fit again and raring to go, grew up on an estate where he witnessed a fatal arson attack and a suicide.

Prove people wrong, never be beaten. Each day is a new challenge, keep on pushing. “It’s just been my life,” Kyle Walker says, as he reflects on where the drive comes from. “Everyone writes me off and says certain things.

“When I signed for Manchester City, it was: ‘I can’t believe they paid that much for a full-back.’ It gives me that motivation and I do like to go out and show people. Maybe it is my upbringing. Where I grew up, you had to survive.”

And so, from England’s World Cup training base in Al Wakrah where the squad are preparing for the second group game against the USA on Friday night, Walker is transported back to where it all started for him – the block of flats on the Lansdowne estate in Sharrow to the south‑west of Sheffield.

Walker has the stories to tell and they involve the kind of things that kids ought never to see. Nobody should. A crazed woman rushing around in a motorcycle helmet wielding an axe. A fatal arson attack. A suicide next to his front door. There is a point when Walker stops talking and there is just silence, incomprehension from his audience.

“The fire was bad and also someone hung on the stairs that I was going up, that was on my landing to get up,” Walker says. “They were probably the ones that stick in my mind. Someone hung himself. I didn’t know him. I was 12 or 13. I didn’t see him hang himself because the police blacked it off. It was right next to my house.

“With the fire, someone chucked petrol through the door and a match and that was it. The kids got out. The caretakers caught them on some blankets. The mum threw them out [of the window]. But she was a biggish lady and she couldn’t get out.”

Nobody speaks for a good few seconds. “I wouldn’t say it’s part and parcel of growing up because no one should experience that,” Walker continues.

Walker’s most recent setback was the groin injury that threatened his World Cup. He felt it against Aston Villa on 3 September and then again for England against Germany on 26 September. In the Manchester derby against United on 2 October, it went completely. “It was a rupture on my groin,” Walker says, and it required surgery two days later.

At that point, seven weeks out from England’s World Cup opener against Iran, Walker’s prospects looked bleak. But to believe they actually were would have been to underestimate his resolve. Still, it was stressful – mentally and physically.

“I was constantly asking the physios: ‘What do you feel if someone else had this? Would they be all right? Would they be able to do this?’” Walker says. “It has been long days, I can assure you of that – 7pm, 8pm, I was leaving City. I wanted to make sure I had that conditioning and strength in the groin to hopefully participate in this World Cup. And here I am.”

Walker sat out the Iran game, which England won 6-2, but there is the hope that he could be involved against the USA, most likely from the bench. So, is he fit? “Yes,” Walker replies. “Does the manager agree? I don’t know! Listen, I’m fit. I’ve been training now for two weeks and I feel sharp.

“Can you replicate what you do on a match day? Of course, I can’t. Me and the physio, me and the fitness coach, cannot have an 11 v 11. We can do as much as we can do before I have to go into training and kick a ball with the lads. So, I feel good.”

Walker is confident, too – a measure, perhaps, of being a four-time Premier League title winner at City, of playing under Pep Guardiola, of seeing the talent around him in the England squad. Like a lot of his teammates, he is not afraid to talk about winning the World Cup. It is what they are here to do. And, if expectation levels have risen even further after the Iran game, then good.

“When you have expectations, it means you are a good team,” Walker says. “There’s a very fine line between confidence and arrogance. We have to be confident, of course we do, and we need to take a little bit of arrogance into the game.

“The likes of Man City teams, Barcelonas – you go out there with your chest out, your head held high, shoulders back and you think: ‘We’re going to win today.’ If you are doubting yourself, you are losing the game already.”

Walker talks about the need to reset before the US tie; to move on from the emotions of Iran, the highs for those that played, the lows for those who did not. He said Gareth Southgate had made the point to the squad on Tuesday.

Walker is used to doing this; it is something he has come to consider as essential to his professional survival. “It’s maturity,” he says. “When I was younger, I dwelled on a lot of things. If I had a bad game, I beat myself up but I can’t change the past.

“When I go home I’m a dad. I take my football and park it at the door. That’s just how life is. I’m sure when you guys go home and sit with your missus, you don’t get your dictaphone out and say: ‘OK, I’m just going to write this.’ Can you leave that in your bag and have some time alone?”

Tuesday was a big day in Manchester when it was strange not to see Guardiola’s contract extension at the top of the news agenda. United had other ideas, releasing Cristiano Ronaldo and announcing that the Glazers were ready to sell. The Guardiola development, though, was not lost on Walker.

“It’s great because he knows the players, we know the staff,” Walker says. “It’s not a lot of chopping and changing. In certain clubs that’s happened and then you’re pressing the reset button again and you’re like: ‘OK, new manager. Does my face fit?’ Hopefully we can go on to new strides.”

Guardiola’s trust in English players has been pronounced – not just Walker but John Stones, Kalvin Phillips, Phil Foden and Jack Grealish – which might not have been expected when he first came to the country. Walker simply feels it is a reflection of the quality that a new generation can boast.

“You see the likes of Foden, Mason Mount, Grealish, Declan Rice,” he says. “These players are not what we’ve seen growing up from the England team, where it’s about wearing your heart on your sleeve and your hard work gets you through.

“That’s no disrespect to Wayne Rooney, Joe Cole, David Beckham … these players had an array of talent but probably not as much as what these have got. It’s a joy that the English game is developing in that way.”