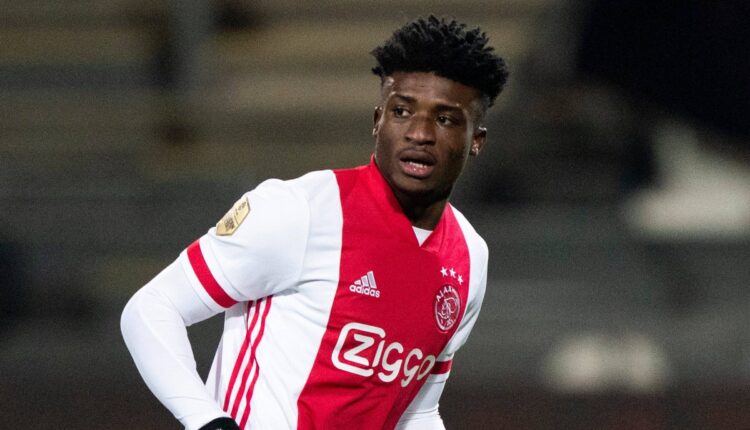 The Ajax playmaker discusses the recent, testy encounter with Brazil, interest from Everton and his country’s chances in Qatar.

“He’s not better than me. He’s just a higher profile player, that’s all,” comes the retort. He is Neymar, captain of Brazil and superstar. Me is Mohammed Kudus, the talented Ghanaian midfielder and burgeoning superstar.

In September, the two players had spicy exchanges when Brazil beat Ghana in friendly in Le Havre. “He was defending his country and I was defending mine. I wasn’t about to let him push me around. What makes him better, for now, is that he has achieved a lot,” he says. Then, with fire in those eyes, he gives a promise: “I’ll get there soon.”

The pair could, depending on how things finish in Group G and H, clash once more in the round of 16. “We could meet again, yeah?” he asks. “Me and Neymar, part two. I’m sure he would enjoy it.” The way he says it could easily be mistaken for arrogance, but it is not, it is just showcasing the supreme confidence this 22-year-old has.

Ghana and Kudus first face another superstar in Cristiano Ronaldo as they play Portugal in their first game on Thursday, with South Korea and Uruguay to follow. Ghana’s form has been indifferent, it is fair to say but they were boosted by a 2-0 victory against Switzerland in Abu Dhabi last week. “We’ve not been great recently, but I know what I feel when I speak to the guys. The spirit is really great and this team will come good very soon,” he says. “Maybe not now, but very soon.”

Kudus wears the No 20 for his club and country. His style, however, is that of a classic No 10. In Ghana, like in many other places, wearing the No 10 shirt for the national team is serious business and there is always heated debate about who deserves it. The bearer must have kekye: skill, gravitas. Whenever a player emerges who seems capable of wearing it there are fears about the shirt being “too heavy” for the player in question. Can Kudus assume the famous number when the captain, André Ayew, bows out? “Heavy for me?” he says. “I’m heavier than the No 10 itself. No number scares me.”

He takes every question in stride. Unhurried. Calm. It’s a stark contrast to the player who has flitted between midfield and attack at Ajax this season. Have these been the best few months of his career? “Well,” he says, then pauses. “If you look at the goals, assists and stuff, probably. But if you think about some other things, not really.”

Two man-of-the-match awards and four goals in six Champions League games, including a scorcher at Anfield – “I loved the clanging sound of the ball hitting the bar before it went in” – plus five league goals is surely a good return for someone who is not even a striker. “That’s the point. I’m playing and scoring, and I am helping my team and it’s great. But I am happiest when I am creating things for the team.” The slight tautness of his jaw suggests this is a touchy topic.

More than 10 players left Ajax in the summer, including last season’s top scorer, Sébastien Haller, as well as key members of the squad in Lisandro Martínez and Noussair Mazraoui, and desperately needed striking reinforcements. However, as the end of the transfer window drew closer, another important player departed: Antony joined Manchester United. That was the straw that broke the camel’s back for Kudus and teammate Edson Álvarez, who then also wanted to leave and refused to attend training in order to try to engineer a move. Then, at the start of the season, he was not in the team.

Kudus takes a deep breath and his jaw tightens again. “For me, it was a simple matter,” he says. “The only way you can develop is by getting minutes on the pitch. If I’m at a stage and I feel I’m not developing at that very moment then I have to try somewhere else.”

Ajax held firm and rebuffed any advances, including one from Everton with Frank Lampard making contact. “I thought [Everton] was a good project for me and why not?” he says. “It’s not like it’s my first season at Ajax, it’s my third. So, if I’m not seeing the progress I’m looking for then why not try something else?”

As the season progressed, and with Kenneth Taylor and Steven Berghuis playing well in central midfield, the coach, Alfred Schreuder, fielded Kudus up front as a false nine. He admits he has thrived in the role but is “the sort of player who wants to touch the ball, feel it, move it along.”

For the last few minutes, he’s been stroking the chain on his neck. It’s an engraving. “That’s Allah in Arabic and I always wear it. I carry Him with me.”

Kudus first made his name at Strong Tower FC in Nima – “it is one of Ghana’s toughest neighbourhoods and I still miss those innocent days” – before joining the Right to Dream Academy. From there he moved to FC Nordsjælland in Denmark for his first taste of European football. Two years later he arrived in the Netherlands. “I know exactly where I want to be and I’m not stopping until my dream is achieved,” he says.

The hashtag #KudusDream is ubiquitous across his social media pages because, he says, “every day it reminds me of what I’m pursuing”. He does not hide the fact that those dreams extend to the Ghana national team, too, for whom he made his debut – with a goal – in November 2019. “I watched the 2010 World Cup team [that reached the quarter-finals] as a kid and I’ve always wanted to be part of something like that,” he says.

The Black Stars have been rebuilding since the failure to qualify for the World Cup in Russia, a process that was made more difficult because of the lack of a conductor. That changed when Kudus came on to the scene. “When I play centrally, a lot of balls go through me and my job is to make sure we transition well,” he says. Ghanaians love what he brings to the team, but there has been one enduring criticism in his 15 apearances: he holds on to the ball too much.

“The intention is to create chances and help the team and as creative players you are allowed to lose balls and help the team,” he says. “I don’t see any player in the [national] team who plays the way I do, because we have different types of players.

“If I’m the one who has [to] try those tricks to create something and I lose the ball 10 times, but if that one time it is a goal, then so be it. My coach has never told me he doesn’t like my style of play or that I’m holding on to the ball too much. It always looks bad until it goes well, then you’re a genius.”

It is a new-look Ghana that enter the World Cup, including several players of dual nationality that have decided to join the team, such as Iñaki Williams (Spain), Tariq Lamptey (England) and Denis Odoi (Belgium). “They are quality additions and this is the World Cup,” says Kudus. “Every team needs its best players and these guys are Ghanaians, so why not?”

A bona fide star at Ajax, Kudus has to stop a few times during the interview to honour selfie requests. His rising profile suggests it is just a matter of time before he hits those heights for Ghana. Will it happen in Qatar? “Charlie,” he says, using the colloquial word for “friend” as he segues to Ghanaian pidgin. “Make you just watch us. We no go talk plenty. We dey go show working.”

Translation: “Just watch us. We will let our work speak for us.”

Tanzania Precision Air crash: ‘I tried to save pilots but was knocked unconscious’