Michael Bright: I heard my first ‘I love you’ at 18 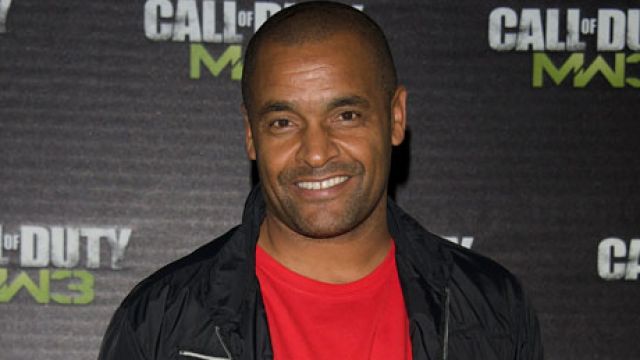 As a child, everyone yearns to hear the words, ‘I love you’ from their parents as often as they can afford, but unfortunately for British footballer, Mark Bright, he had to wait until he was 18 to hear someone say they loved him.

Mark Bright was only two years when his Gambian dad and British mum split up. The couple had two other children and they all moved to live with his mum. ‘She took us to our dad’s for the weekend one day and when it was Sunday and time to come to pick us, my mum just never showed up. My dad took us back to her house. We knocked on the door, there was no response and we only found a note that said, ‘I have had my turn. I can’t do this anymore.’ That was it, my mum simply disappeared.’

Bright and his siblings had to go back to live with his dad, who could really care less about their existence. His sister was basically their mum and she had to do most of the caring.

Mark’s mum showed up a few years later and then she took his sister away and left the boys to their fate. Knowing how unbothered their dad was, he simply abandoned them and that was how the two young boys ended up living with three different families in foster care.

Mark Bright admits his third foster family was a good one with an older couple who lived in a working-class estate. Gran Davies as he affectionately called him were really nice people, with whom he stayed with for nearly 10 years.

Up until this point, young Mark though well looked after had no one tell him they loved him until he was 18. He recalls, ‘I think the first time I heard those words was at 18 years when my girlfriend at the time said it to me.’

Whilst in school, Bright had a particular interest in football and spent most of his time playing with friends and colleagues. He finally realised he was actually really good at it, ‘when the school had a game after school and just before I could enter the minivan, my teacher taps me and says, ‘you have detention’, and I say but I have the game. He still managed to drag me to the detention room. Immediately I sat down, I told the guy next to me, ‘I will be out of here in two minutes.’ I barely got the words out of my mouth when the coach came calling and practically dragged me into the van.’

Mark rose through life playing football and gradually started facing racism as was the case in the UK at the time. His first experience with racism nearly put him into depression and it took his signing and move to Crystal Palace, to get him out of that state.

Michael had been called on to the pitch to substitute for a player and the entire crowd of supporters ‘booed’ at him whilst he got onto the pitch, simply because he was black. But, he had never experienced this. He basically grew up in a high-end society where no-one saw the need to racially profile him.

This particular incident gave Mark nightmares and he had a lot of trouble sleeping. A trip to the doctor’s office was what prompted him, he might be falling into depression. The signing to Crystal Palace came at an excellent time and offered a wonderful opportunity for Mark to start afresh.

After seasons of enjoying his rising fame and playing football like he loved, Mark’s dad finally reached out to him. He wrote a letter to the young footballer, which he received during training. Bright read the letter and was encouraged by his teammate to go ahead and reply his dad, because you only get one dad in your life.

Mark Bright on a trip to visit his sister one day, decided to convince her to go see their dad. ‘We jumped into a car and drove to the town and to the police station, where we were given a map. This was around 7 or 8pm. We showed up at his doorstep and he opens the door and does not even recognise us.

‘So, we go inside, sit down and get talking and I tell him I have a lot of questions to ask, as to how he treated us the way he did. My dad basically blamed everything on my mum. He did not accept responsibility for anything that happened in our lives.

After a few minutes of interaction, he points to my sister and asks if she is my wife. I just smiled and said, she was his daughter. He sat and shed some more tears and only continued to lay blames on my mum.

When I had had about enough of his tears, I got up to leave and then he asked if I was going to come back. But I told him I was not, and he might as well not bother reaching out to me. In my mind, I was done with forever.’

Mark Bright who is obsessed with his son, says he learned most of his parenting by watching his brother smother his kids with love and instantly he knew that was exactly how a father needed to love his children.

In 1996, Bright sought the help of someone down in Gambia to try to help him find his family. After a lot of effort, Bright was connected to his uncle who had no good words about Mark’s dad. He had ran from home and had never showed up even when both of his parents died. He had moved within counties and had children in nearly every city he lived in.

At this point, Mark just knew he had no reason to keep a relationship with this man.

His relationship with his mum was not too sour. Since she lived with Mark’s sister, he saw her more often after they grew up and mostly related to her as the sister of his sister.

Mark’s mum later accepted her role in how they were treated and their ending up in foster care and apologised deeply for it. In his opinion, her acceptance of guilt and offering to make things right made it a lot easier for him to want to build a relationship with her.

Mark Bright said, the moment when he realised he was completely loved by people he did not know was when he met a fan and the fan admitted, meeting him was the greatest day of his life. Mark found that hard to believe, especially when he found out the fan had kids. In his opinion, the birth of one’s child should be their happiest day, how does meeting him count for one?

The absolute love and appreciation Bright got from his fans have continuously healed him over time and now he knows he’s immensely loved and appreciated by so many people he doesn’t even know.

Mark Bright is currently the director of under-21 development at Crystal Palace and he’s just published his autobiography, Mark Bright – My Story – From Foster Care to Footballer.

The mystery behind my mixed-race – Hiram Johnson’s uncomfortable story