Polly Irungu: The Kenyan photographer amplifying black voices in the US 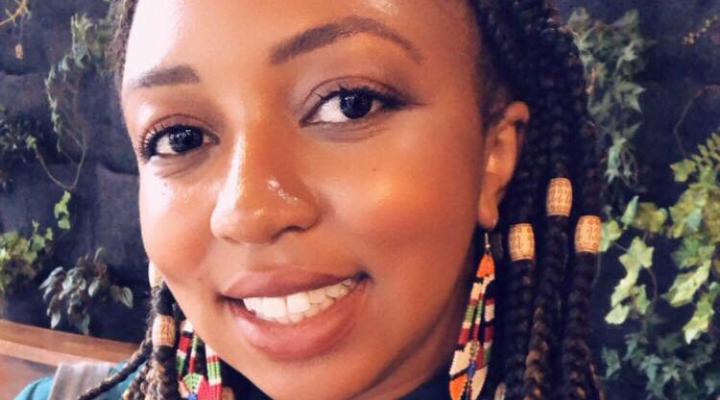 Kenyan born photographer, Polly Irungu, was able to live the American dream when her work was featured on a Nasdaq billboard in New York’s Times Square as part of an ‘Amplifying Black Voices’ campaign.

“Having my photos in Times Square was just huge. It’s huge because for me to take up space in a white, male dominated industry and I’m showing black joy, black women joy, it’s everything. It’s one of the huge accomplishments that I have ever had up until this point.”

But her journey there wasn’t as easy as the American dream is often portrayed to be obtainable.

Polly was born in Nairobi and she moved to the US when she was four years old.

“When I came to the States, the first few years I had no language. I was mixing Kikuyu, Swahili and English and only my mum and sister could understand me.

The fact that I am able to express myself and story tell through a lens, I’ve never dreamt that big. But now, I am dreaming way bigger. I am thinking how I can get other people on a billboard in Times Square?”

Polly discovered how hard it is for black women in her field to reach employment and recognition. As a result she founded Black Women Photographers, a database and community of black women photographers around the world.

Since finishing university, Polly has found herself documenting social and political movements.

When I hear about Breonna Taylor and how we didn’t even know about her until months after she was killed, I’m just thinking about all the voices, all the people we don’t know about and it’s hard.”

She is also greatly concerned about the life of her young brother who can fall prey to police brutality.

“My brother just turned 18. He is a strong black tall man and that scares me. When I think he goes out, what will happen to him? It really scares me and it shouldn’t be the case. It really should not be the case.”

Ika Hügel-Marshall: Growing up as a black child in post-war Germany