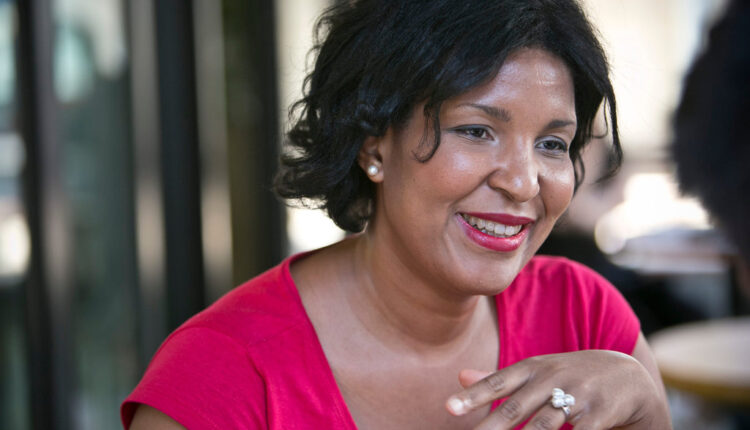 Monica Macias was born in the only Spanish speaking country in Africa, Equatorial Guinea in the early 1970s.

Her father, Francisco Macias Nguema, was the first president of the little country after it gained independence, and has been accused of atrocities beyond human understanding.

Many have even described him as one of the most brutal leaders to ever govern a country, but Monica is still yet to accept that tag for her dad.

She says most of her childhood is clouded out of her memory and she remembers very little of it. ‘I can’t remember much of my childhood. I think I lost the memories of myself between the ages 1 till 6 because I do not seem to know anything that happened during that phase of my life.

Despite his cruelty, Francisco Macias still had his allies and when the heat was starting to get turned up in Equatorial Guinea, he shipped off his wife, 2 daughters and son to North Korea.

Thus, Monica left Equatorial Guinea at the tender age of 6 years to an unknown land and to be fathered by another man.

‘When we arrived in North Korea it was beautiful. We were welcomed with balloons and Kim Il-sung was there himself to welcome us. I remember he was very warm, smiling the entire time and we felt really welcomed.’

Kim Il-sung was an authoritative leader ruling North Korea at the time. He became the father figure Monica Macias needed in her life and was in charge of overseeing her life and education for the rest of her childhood.

Monica’s mum did not stay very long with the family, as she left to go back to be with her husband in Equatorial Guinea. A coup was organised by her father’s nephew and her first cousin to overthrow her dad. He was trialed by a court, found guilty on many charges and was sentenced to death by a firing squad.

‘I lost my connection to home and even to my mother. I had no love or feeling towards her a child should have towards her mother. To me she was a stranger. I was angry she left me alone in a strange land and went back home.’

Over years spent in a spartan boarding school system, Monica assumed a North Korean identity and became indoctrinated by the propaganda pushed by the regime.

‘I believed a lot of things as told to me by Kim Il-sung. I identified as a North Korean though I was different. My skin was different, my hair was different, but I had chosen to forget everything about my family back home, so all I knew was, I was Korean. I remember I forgot completely how to speak spanish and Kim Il-sung instructed that I had to study how to speak the language.’

Monica was taught the war between North Korea and South Korea was started by South Korea and it was not until she was challenged by friends in Spain that she took the pain to read about it all.

‘I still refuse to comment about political matters because until I have all the knowledge and all the facts, I refuse to pass comments on these happenings. Both about my dad and Kim Il-sung.’ This was all Monica had to say pertaining how she feels knowing she grew up with such leaders as fathers.

Ms. Macías — who left North Korea after college — finds it difficult to believe her father was as “evil” as people say, and has had at least as hard a time reconciling the North Korean man she saw as a kindly patron with the dictator who locked up his own people

Monica Macias has been away from North Korea for the last two decades, since she left to Europe to study. She recently went back to visit and not much had changed in the country. It’s still almost as she remembered it.

Mohamed Moalimu: ‘How I survived my fourth siege’