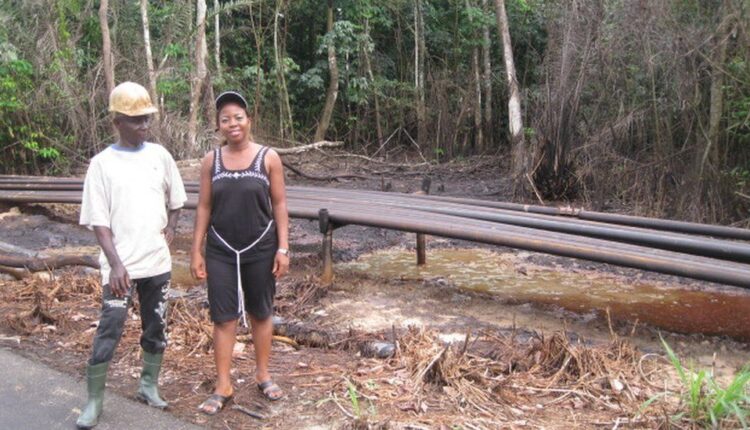 Eucharia Nwaichi has worked in the Niger Delta since 2003
Share

It is the rarest of stories. A fix for an environmental disaster that is actually working.

Oil spill after oil spill has turned the Niger Delta, in southern Nigeria, into one of the most polluted places on Earth.

In a land soaked in oil and scorched by fires, one scientist, Eucharia Nwaichi, comes armed with knowledge and a calm but unshakeable determination to detoxify.

“We want solutions that are green and based on nature. We aim to do no harm in everything we do,” she tells the BBC in an interview.

Now 44, she’s just been awarded the John Maddox prize – for scientists who stand their ground in the face of adversity. “Congrats to me”, she joyfully told the award ceremony in London, proud to be the first African woman to win.

Eucharia is a biochemist at the University of Port Harcourt. The way she rehabilitates soils and water contaminated with oil and other chemicals is relatively simple.

It’s called bioremediation – planting vegetation that naturally removes pollutants in the soil, without the need to remove chemicals and dispose of them elsewhere.

She is called to the site of oil spills – where chemicals and heavy metals like mercury, lead and chromium leak into the ground – and monitors the pollution.

She’s been working in the Niger Delta – the “garden of Nigeria” that has deep oil and gas reserves -since 2003.

When she was a PhD student she discovered that waste from oil refining was choking water. It was causing conflict between the community and the oil company working in the area – Eucharia explains that by proving the cause of the problem with documented evidence, she persuaded the company to change how it extracted oil.

This use of science during violent disputes is what won her the Maddox prize.

What marks her out is her diplomacy – winning over local people and persuading oil companies to pay for detoxification.

After suffering the effects of major pollution for decades, people have turned to the courts for justice. In 2021 a Dutch court ruled that Shell must compensate farmers.

But Eucharia says the environment is suffering in the meantime. During litigation, cleaning up is not a priority, she says. To get them on board, she says local people must feel involved in the solution.

“If you don’t engage with people properly, you run the risk of being kidnapped. First, I meet the community chief, the women’s leader, the youth leaders,” she says.

“People get excited and feel like scientists, because they’re working with us researchers to fix the problem,” she says.

“We also learn from them. They have planting techniques that we don’t know – they teach us how to make the solution work in their area,” she explains.

She believes the contaminated land should be restored so crops can grow again and fishing is made possible, instead of communities focussing only on financial compensation.

Despite being offered jobs at prestigious US universities, she says she stayed to work in the Niger Delta, because she has “a mission to make my country great”.

Many environmentalists undoubtedly consider international oil companies an enemy. Amnesty International and Friends of Earth have fought to hold them to account for communities left with poor health, without safe drinking water and their livelihoods destroyed.

But Eucharia says she’s not interested in taking sides. “We are not here for battle. We just want people to be responsible,” she says. “Being responsible is more important than fighting. It’s more enduring.”

She has faced her own threats though. In 2020, while documenting a fresh oil spill, she says she was threatened by an oil company who confiscated her data and equipment. She claims the operator also challenged her, saying as a woman, she should not be allowed to work there.

Despite the ever-present risk of violence, she continues because she believes “mother nature called on me to be a steward” and because she sees facts as a force for good.

“The power of science is that people can prove that this wasn’t done based on bias or someone’s personal interests,” she says.