These electric cars made in Africa will take over the world 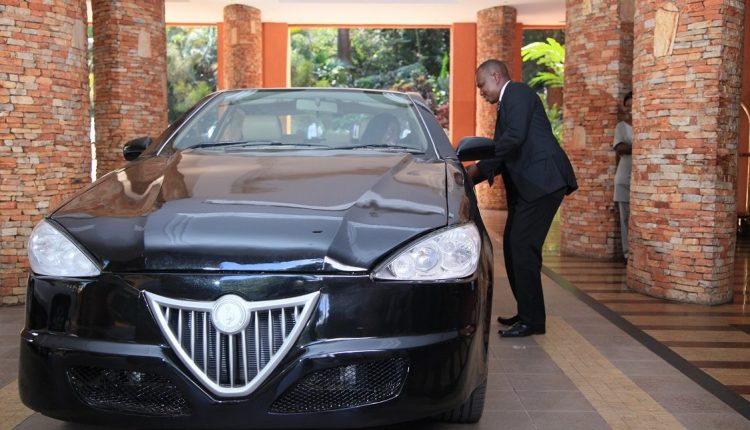 The continent of Africa is urbanizing faster than any other. With this growing urban population straining existing infrastructure, fuel is also becoming more and more expensive and even limited, adding up to pollution.

Already, technological advancements in Africa have placed the continent in line for what is the future in technology on the global stage.

However, there is the need to reduce fuel dependency to help people commute easier. Electric thereby becomes a perfect solution for this.

Electric vehicles could have a huge impact on African cities and economies. So far, a few African countries have taken giant steps at manufacturing their own electric vehicles.

While none of these cars have yet gone onto the global stage, one thing that is more interesting about the manufacturing of these vehicles is the fact that quite a number of them were built by university students. It tells of what future the continent holds for technology and innovation.

Read about the electric vehicles manufactured in Africa that are going to be the next big thing soon.

Developed at the Apostle Safo Suaye Technological Centre at Gomoa Mpota, a town in the Central Region of Ghana, this new electric car saves energy and releases “zero” greenhouse gases into the atmosphere. This is because the car has no internal combustion engine, a big step forward in reducing global warming and other respiratory diseases. The car gets its energy from series of accumulators connected together.

It does not require any complex set-up for recharging, just plug it in any socket (like you plug an electric iron or any household appliance) and bingo, the car starts recharging.

This car, manufactured in South Africa, was its first locally-developed electric car in 2012. The Joule was as a result of years of research and hard work by Cape Town-based Optimal Energy in association with legendary South African-born automotive designer, Keith Helfet.

The Joule is a zero-emissions, six-seater, multi-purpose vehicle and made its debut at the Paris Motor Show. It uses just 20% of the energy used by a conventional car.

Using a normal 220-volt home outlet and the Joule’s onboard charger, it takes approximately seven hours to recharge the car’s battery pack for a 200-kilometre driving range – with the two battery packs providing 400 kilometres in total.

The Kiira EV, was built and unveiled by students of Uganda’s Makerere University in 2011 with support from the Government of Uganda for Innovation Projects at the university.

The students founded the Kiira Motors Corporation (KMC) company after they partook in the Vehicle Design Summit (VDS 2.0) organized by the Massachusetts Institute of Technology (MIT) in 2007. At the end of the summit, they successfully helped design and build the Vision 200; an environmentally friendly 5-seater plug-in hybrid electric vehicle which was unveiled in 2008.

Called “Lion Ozumba 551”, the car is made with 80 per cent locally-sourced materials and it can undertake a 30-kilometre distance when fully charged. It costs N800,000 ($2,200) to produce the car, reports Vanguard Nigeria.

It was unveiled by the University of Nigeria, Nsukka, as the first-ever five-seater electric car produced in Nigeria by the Faculty of Engineering of the University.

Bill Kasanda, Kenya’s amputee biker, opens up about his life and horrific accident