‘We made music for the soul’ – The Blind Boys of Alabama 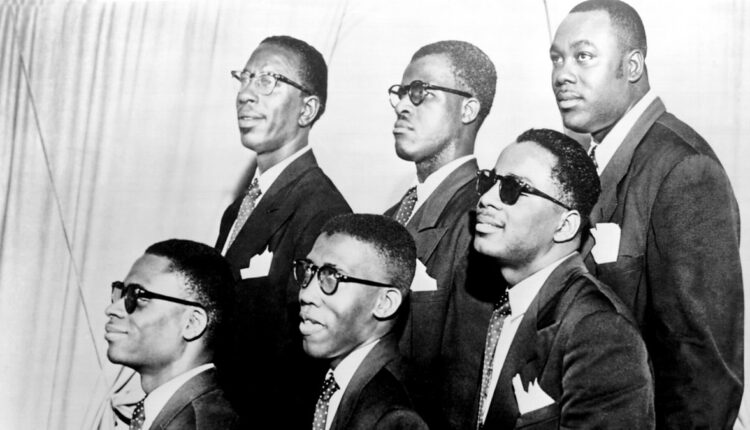 Jimmy Carter is a titan and the only surviving member of The Blind Boys of Alabama.

He and four other blind boys came together when they were only 9 years and have made good and exciting gospel music for close to 80 years.

Born to a family of five other boys, Jimmy was the only blind one in the family, but his mother never made him feel like an outcast. She was always there for him and his brothers always did well to treat him as one of theirs. Jimmy says, ‘I never questioned God for my blindness or the fact that I could not see. Because I was always made to understand that, I was doing exactly what God wanted me to do and my blindness was probably to help me do exactly that.’

Jimmy lost his dad at a very tender age while growing up, but this did not stop his mum from doing everything and anything possible to fend for her boys. She lived to be an enviable 103 years, to see the impact Jimmy Carter had on the lives of many others through music.

Jimmy Carter was shipped off to a school for the deaf and blind in Alabama and there he met the four other young men who joined him to form the phenomenal group – The Blind Boys of Alabama – America’s ultimate octogenarian boyband. It was in the segregated American South, but from there, the boys sang their way to stardom.

While in school, the five young men were exposed to the Golden Gate Quartet – a group popular in the 1930s. This group sang in churches, local radio stations and in public gatherings. They greatly impacted the lives of the five young boys and they thought if these four men could do it, then they could too.

‘This was the beginning of new things. We were inspired by the ‘Golden Gate Quartet’. We would often listen to them and enjoy their music and thought to themselves, if they can do it then we can do it too. This was how we started ‘The Blind Boys of Alabama. It was our mission to feed the souls of our listeners’

In the year 1939, the five boys, just at age of 9 formed their singing group and immediately caused waves in the music fraternity. ‘We greatly enjoyed singing together and we sang gospel because we were raised in Christian homes and we have same values very easy to identify with.’

‘We sang together and in the year 1948 we released our first single which was an instant hit. We did not expect that kind of acceptance. Suddenly people were inviting us everywhere and wanting us to sing at their events, and this was big for us.’

Clarence Fountain was one of the founding members of the group. Many thought of him as Jimmy Carter’s best friend but Jimmy clarifies his stance on the issue saying, ‘He was as passionate about the group as I was. He was not my best friend. But his parents and my grandparents lived in the same neighbourhood, which I later got to know, so there was a lot we could talk about. He was a strong member of the team.’

In the 1980s The Blind Boys of Alabama decided to go mainstream and the love and support they got was unbelievable. Throughout their time as a band, they won several Grammy Awards back to back and had performances in the White House, performing for Presidents Clinton, Bush and Obama.

Ricky unlike Jimmy was not born blind, but turn blind after he developed cataracts and later glaucoma whilst growing up as a child. He joined the group because of the impact they had on the many people they ministered to and that was a dream and impart he wanted to be a part of.

Jimmy Carter has turned 90 years and still sings with the band, projecting the band has been around for nearly 80 years. Even as time went by, the membership of the band kept changing. Some members died, others left, but Jimmy Carter is currently the only surviving member of the original ‘Blind Boys of Alabama.’ Clarence Fountain died in the year 2018 living Jimmy very sad but still motivated to keep singing and touching lives.

During Hurricane Katrina 2005, the boys were especially distraught after it hit because they had no way to help the many people in need. ‘I remember telling the people we had no way to be of help to them. But we had one thing that could soothe and heal anyone, that was our music. So we organised a show and had people come to the show and we sang and tried our best to make them as happy as we could. ‘

The Blind Boys of Alabama never ended a show, a concert or an invitation without singing their famous ‘Amazing Grace’ because it was always their way of reminding people of God’s uneding and unfailing love for all of humanity

How a gun crime in Lagos made a family