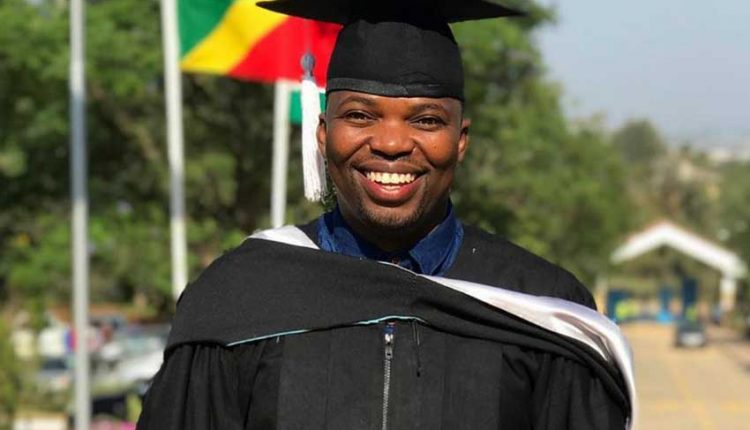 Inspiration comes in many forms and sometimes you just might find it while you are not looking.

Celebrated comedian MC Jessy became the talk of the town on Saturday, June 29 when he finally bagged a degree from Daystar University.

The ever smiling comic shared a photo on Instagram captioned “to God be the glory,” and his fans could not help but be happy for him.
Clad in a sightly black gown, the Jessy smiled proudly with his face telling a tale of pride, accomplishment and utmost gratitude.

Its gonna be a good day! @lirudesigns made this cloth!

And while at it,the comedian also served as a mentor and source of encouragement for people like Jalang’o.

A speechless Jalang’o gathered the strength to pen down a sweet message celebrating Jessy’s milestone so prepare to grab your tissues.

“Many moons have passed since my brother told me talent without school is nothing. Today the truth just dawned on me when I saw this pic of my brother in a gown,” the Milele FM presenter wrote.

According to Jalang’o also known as Jalas, Jessy is the reason why he went back to school.
Apparently, Jesse told him to invest in education despite having a budding career and tons of connections.

“The pressure from Kizito who was the PR manager at Daystar and that of Jessy sent me to register in 2013 yet I joined three years later. Jessy kept on pushing me to register and I kept wondering what for? I had a career, I had connections. Why did I need to go to school? Today is another reason! So I just registered so that Jessy would not disturb me,” Jalang’o added.

For this, Jalang’o is forever grateful and eager to also wear the coveted graduation regalia just to make his mentor and friend proud.

A tribute to my beloved mother; the ultimate mother and teacher

Your pastor is not your king, Christ is.