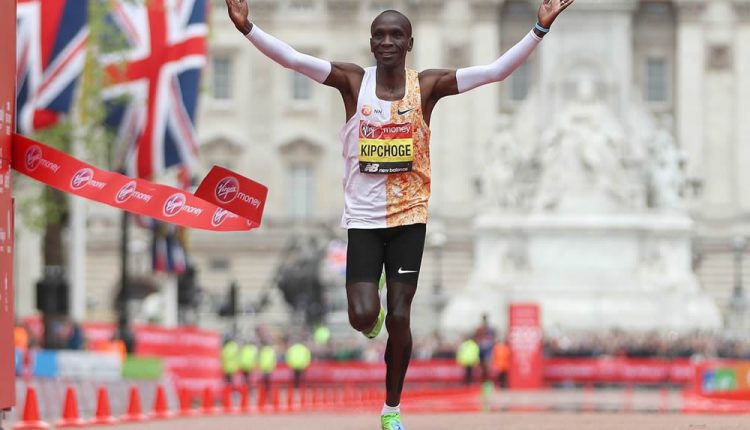 Eliud Kipchoge will attempt to break the two-hour marathon barrier in the Ineos 1:59 Challenge later this year.

The Kenyan, 34, holds the world record of two hours one minute 39 seconds but this attempt would not be an official record as he will be assisted by in-out pacemakers.

The location and date for the challenge is yet to be confirmed, but it will take place in September or October.

“I always say that no human is limited,” said Kipchoge, who won the London Marathon for the fourth time on 28 April.

“I know that it is possible for me to break this barrier.”

He added: “Running the fastest-ever marathon time of 2:00:25 was the proudest moment of my career.

“To get another chance to break the magical two-hour mark is incredibly exciting.”

The announcement comes on the 65th anniversary of Sir Roger Bannister’s sub-four-minute mile, an achievement which many had previously believed to be impossible.

Kipchoge’s latest London Marathon victory – in 2:02.38 – was the second fastest official time in history, and the Olympic champion believes he has what it takes to hit 1:59.

“I learnt a lot from my previous attempt and I truly believe that I can go 26 seconds faster than I did in Monza two years ago,” he said.

“I am very excited about the months of good preparation to come and to show the world that when you focus on your goal, when you work hard and when you believe in yourself, anything is possible.”

When Kipchoge ran 2:00.25 at Monza – the home of the Formula 1 Italian Grand Prix – on 6 May 2017, small groups of pacemakers ran pre-defined segments of the circuit before handing over to another group, and the Kenyan did not have to slow down for feed stations as drinks were delivered by scooter.

This meant the time was not recognised as a world record.

His official world record was set in Berlin in September.

London could host the 2019 challenge, which is being sponsored by Ineos, who formally took over cycling’s Team Sky last week.

The chemicals firm is owned by Britain’s richest man, Sir Jim Ratcliffe, who said Kipchoge is the only athlete who has “any chance” of beating the two-hour mark.

“We are going to give him every support and hopefully witness sporting history,” he said.