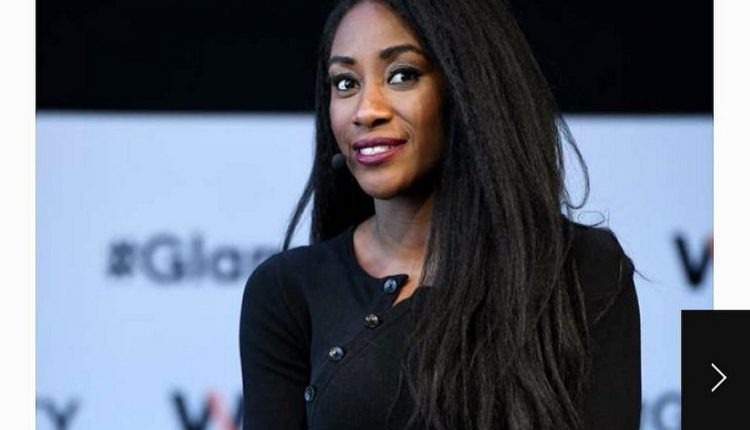 The Washington Post Global Opinions Editor Karen Attiah has been named the National Association of Black Journalists’ 2019 Journalist of the Year.

The Ghanaian-American, who emerged as a leading voice of protest and grief over the brutal murder of her Saudi colleague and fellow Washington Post columnist Jamal Khashoggi is described by her fellow journalists as “bold, fearless and timely.”

The annual award, according to NABJ in a statement “recognizes a black journalist who has amassed a distinguished body of work with extraordinary depth, scope and significance to the people of the African Diaspora.” 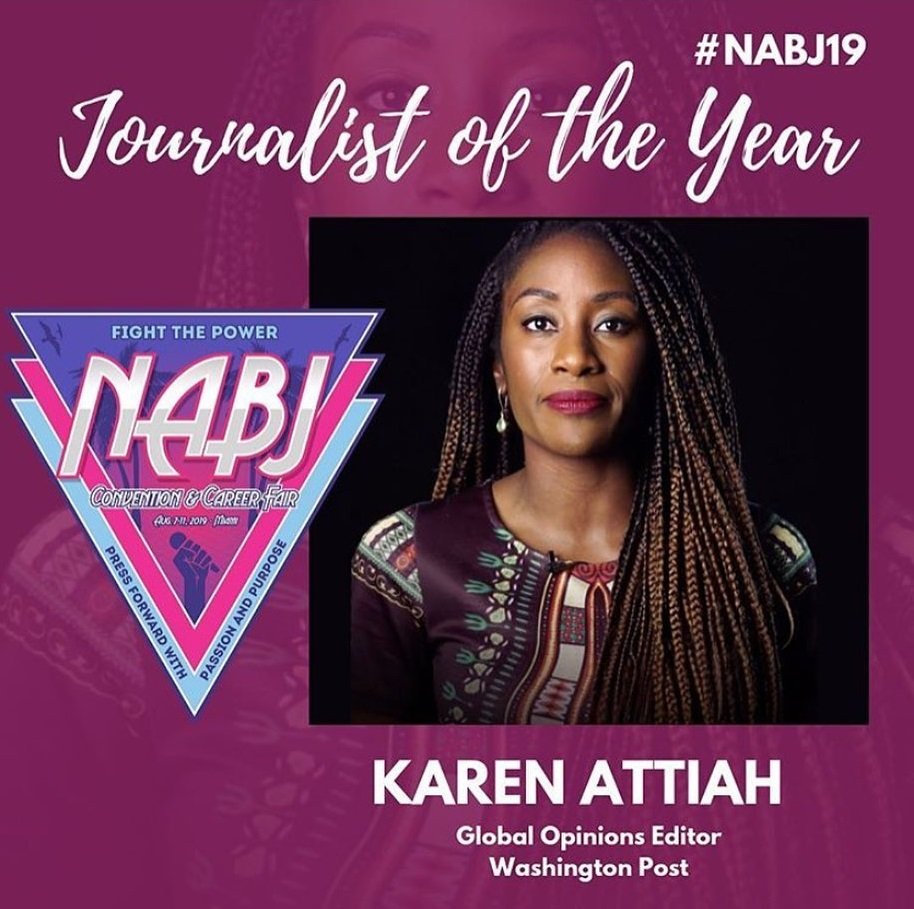 “NABJ is proud to recognize Karen Attiah as the 2019 Journalist of the Year,” NABJ President Sarah Glover said.

“Karen has courageously used her commitment to her craft to provide thought-provoking commentary and insights that have led to positive dialogue and the visibility of issues that have not only impacted people of color and minority communities, but also journalists around the globe. I’m especially proud to see how Karen has propelled the tragedy of her writer’s death into a purpose-driven calling to further the cause for press freedom.”

Two days after Khashoggi’s disappearance in 2018, Attiah who said she knew that the worst had happened, let his column space remain blank with the title “A missing voice”. Her entire coverage of his murder and disappearance also highlighted the importance of free press and the dangers involved in their line of work.

Still can’t believe this news. More to say later when I process it all but thank you @Nabj for this massive honor. This means so, so much to me.

“This is a huge honor to receive the NABJ Journalist of the Year award. To be invited to be in the company of black journalists, writers and storytellers who have broken barriers and paved the way for me to be in this field is nothing short of incredible,” she said about receiving the award.

“But most importantly, after the murder of my colleague and friend Jamal Khashoggi, this recognition is a humbling call to action –that I must help to honor his legacy by speaking and writing against oppression and injustice around the world,” she added.

“Karen has been a tireless force—as editor, writer and video journalist—to bring new voices, diverse viewpoints and critical issues to our readers and viewers,” he said. “Last year, in the face of a state-sponsored murder that represented personal loss to her as well as professional loss to all of us, Karen refused to bow or be cowed. She helped ensure that the crime would not be forgotten or excused but that, on the contrary, it would become a marker in the struggle for free expression everywhere.”

Born in Northeastern Texas in 1986, Attiah’s Nigerian-born mother had fled her country as a refugee when she was 14, running from a civil war that had killed about a million Nigerians in the 1960s.

She settled in Ghana, where she met Attiah’s father during school and the two subsequently resettled in Dallas, Texas where Attiah was born.

The Fulbright scholar to Ghana, who holds a master’s degree in international affairs from Columbia University and has received her bachelor’s degree in communication studies from Northwestern University, joined The Washington Post in 2014 as a digital producer in the Opinions section.

Attiah often writes on issues relating to race, gender and international politics, with a special interest in Africa. She had previously reported as a freelancer for the Associated Press while based in the Caribbean.

Attiah is a recipient of the 2019 George C. Polk Special Award. She has also received an honorary Doctor of Journalism degree from the Dickinson College.