I want to see more African girls in the water surfing 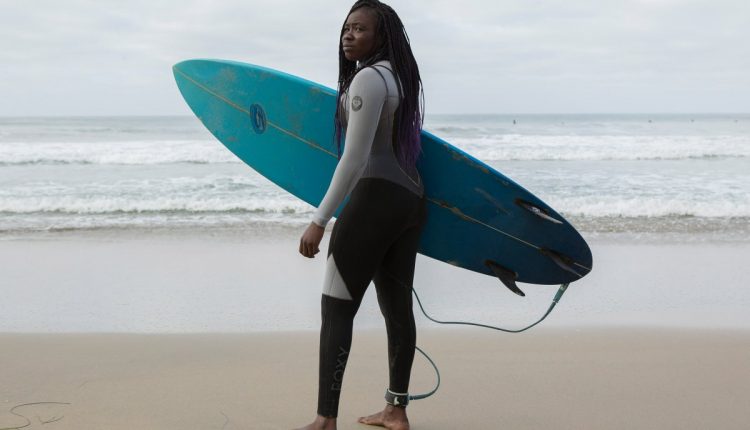 I grew up with my grandma and I have two brothers and a sister. I come from a long line of fishermen. When we were little we learnt to swim by ourselves because we lived by the sea. We didn’t get swimming lessons or anything like that. We just did it on our own.

I started surfing at the age of 14 after watching the boys do it for many years. The first time I tried surfing, I wasn’t scared at all. I was just so excited to get in the water. When you catch the first wave you are so happy that you scream so that everyone can hear you because you are so content to have stood up and stayed standing. I dropped out of school in my first year of secondary school. My love of sport made it difficult for me to continue going to school at the same time as training.

It was a bit tough at the beginning because I was the only girl surfing here and they were a little bit like: ‘what’s a girl doing here? This is a sport for boys.’ Obviously, that’s not true and a lot of people really encouraged me and told me not to listen. But traditional attitudes about the role of women in society brought me into conflict with my family.

In a sense it’s a question of religion: we have never seen a Muslim girl surfing. Some people asked my family why they let me practice a sport that was for boys; that girls were not supposed to do that. People were talking about me so much, passing a lot of comments and I had a lot of issues with my family because of what people were saying.

So I just gave up. There was a period of two years when I didn’t surf at all. I just stopped and started working in a Korean restaurant. But I really wanted to get back on my surfing board. In 2012 I took up a job teaching tourists how to surf at the Malika Surf Camp in Dakar. I had to prove myself once again – this time to Europeans who weren’t used to seeing an African woman teach surfing lessons. Pretty quickly, I showed them what I was made of. 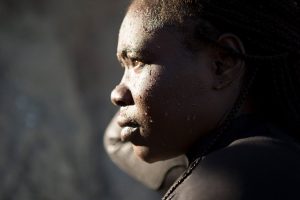 The tourists are really surprised to see a Senegalese girl teaching surfing. But when we get into the water they see why I teach. Seeing how I handle the waves is the proof.

Today, I am the only Senegalese woman affiliated with the World Surf League and the only real contender for the country’s women surfing team at the Olympic Games in Japan in 2020, where surfing will feature for the first time as an Olympic Sport. I am now battling through the qualifying rounds to earn my sport.

I do vividly remember the first time I was in a serious competition.

It was right here on Yoff beach. I took the top prize for Senegalese women and second place overall. I was so happy. I felt great. But it was so tough surfing for the first time with professionals who came from abroad. During competitions you just have to be brave and not let yourself get scared. You have to forget all of that and just remember how hard you’ve trained.

Last year, I got a new coach and, for the first time, a sponsor thanks to Black Girls Surf, a collective supporting black female surfers around the world. I spent last winter surfing in Santa Monica California, building up my technique and impressing another group of men who didn’t believe an African woman could surf like that.

When I was in California, the water was so cold. When people would see a black person, especially a girl surfing, they would just stare at you. If I did a little trick they would be like ‘wow, we didn’t know a girl could surf like that.’ I like surfing there, though, because I improved a lot. I now have my eyes set on the Olympics in Japan in 2020. My life as a pro surfer has been a little bit different. I am getting better and I am training better than before. It’s the first time surfing is becoming an Olympic sport. So qualifying is a bit complicated but I hope a lot of African women will participate in lots of competitions as a really strong team. I want to see other African girls in the water as a real group. I have started giving lessons to girls because I saw how few of them surf here. Basically, it was just me.