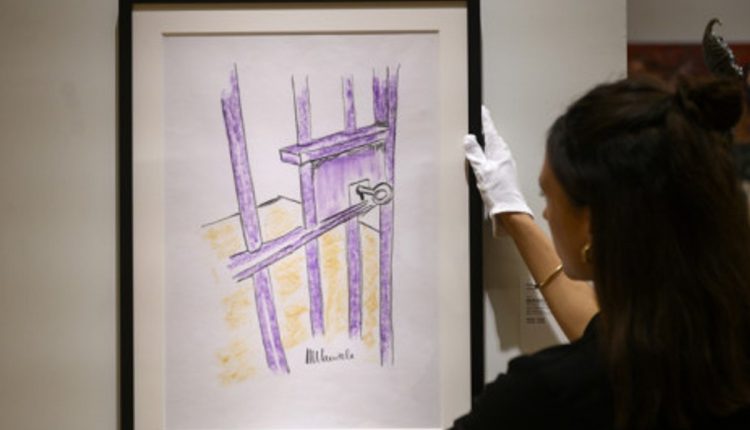 “The Cell Door, Robben Island” was completed by the late Mr Mandela in 2002 – 12 years after his release from prison for fighting the racist system of apartheid.

Sketched in purple, it shows the bars of a prison cell door and a key in the lock.

Surviving death row after being tricked into drug trafficking