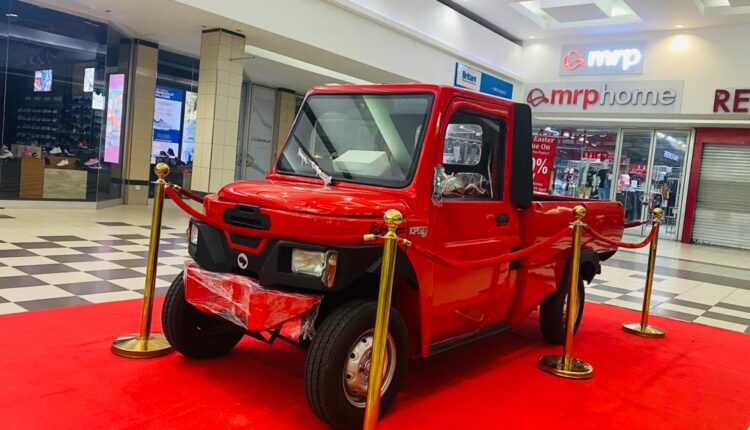 According to Masoud, the car is made from local materials and requires six hours of charging to run between 50 to 60km.

Masoud says the car took about 11 months to complete and though it has not yet been approved for use on Tanzanian roads yet, he hopes to get certification soon.

Most people still do not believe the cartoonist made a car, but describing the car, Masoud said, “this is a very powerful car that comes with its own charger and it is user friendly. Let us not wait for foreigners to be doing these things for us.”

Kipanya says that though he spent so much money developing the car, Masoud wants to sell it at a lower price from 8m Tanzanian shillings ($3,400; £2,600) so it’s affordable to porters and distributors.

Masoud Kipanya was born and raised in Dar es Salaam, Tanzania. He shot to fame in November of 2013 when he began posting his illustration work on Instagram for the first time and says the thought of developing the car started nine years ago.

Tanzania Precision Air crash: ‘I tried to save pilots but was knocked…

It takes a brave heart to do what I do