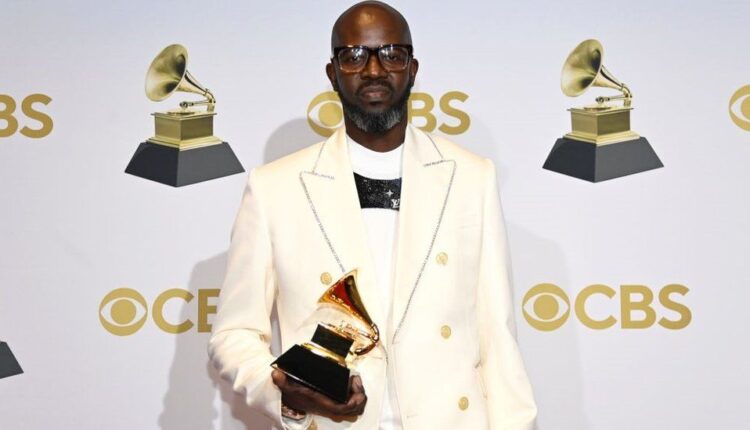 South African DJ Black Coffee has always decried the pigeon-holing of African music on to the side-stage as opposed to what he called the “main stage” of music events and festivals.

Now, the musician, whose real name is Nkosinathi Maphumulo, is celebrating a long-held ambition after winning a Grammy award for Best Dance/Electronic Album for his seventh studio record, Subconsciously – the first African to win this category. Most previous African Grammy winners have achieved their awards in the World Music category.

“My phone went absolutely crazy the second the award was announced,” Black Coffee told the BBC. “Hearing that I had won, and then going up on stage to accept the award, still feels incredibly surreal and probably will for a little while.”

The superstar DJ – who has performed to hundreds of thousands of people at America’s prestigious Coachella music festival, in Ibiza and clubs around the world – had wanted his latest record to gain international recognition.

Wearing an all-white suit and accompanied by his son to collect his first Grammy, the DJ, producer and songwriter was for once lost for words and simply started his acceptance speech with the word “wow”.

On his way up to get the award he embraced French DJ David Guetta, who featured on the album: “I saw David on my way up to the stage to accept the award and we shared a brief, special moment.”

He gave special thanks to all those who featured on Subconsciously, including another global star, Pharrell Williams.

“The main reason I do what I do is to carry the flag of my country. To be recognised in this way outside of a ‘World Music’ category makes all of the hard work worth it,” said Black Coffee.

Now, he wants to use his music, which he describes as “home-brewed but future focused”, to help more African musicians get recognition on a global stage.

Success did not come overnight for Black Coffee, who describes his music as an acquired taste.

The 46-year-old was born in the port city of Durban, but at the age of eight, he moved to a house in the town of Mthatha in the Eastern Cape, where there was no running water or outside toilets and he had to carry out daily chores such as milking his grandmother’s cows. He was desperate to get out and do something greater with his life.

Being part of his cousin’s sound system crew for parties offered him the first glimpse into his future.

But at the age of 14 tragedy struck. On the eve of Nelson Mandela’s release from prison, Black Coffee was out celebrating with friends. Suddenly a car ploughed into the crowd and inflicted permanent injury, causing him to lose the use of his hand.

But this did not stop him from pursuing his music dream. He was driven and continued to practise.

‘I wasn’t feeling the music’

It wasn’t until 1994 that his music career began in earnest, and it would be another 10 years before his big break.

“I knew him in the early 2000s and like lots of other kids he would give me his demo tapes and I wasn’t feeling the music,” DJ Oscar Mdlongwa, known as Oskido, told the BBC.

Mdlongwa is considered one of the pioneers of kwaito, a gritty fusion of low-tempo house music and urban African vibes, which preceded the now globally recognised Afro-house and amapiano genres.

A few years later, Black Coffee found out where Mdlongwa lived, went there and made him sit down to listen to his new project – a retake of old classics by legendary South African artists.

Mdlongwa was impressed and gave the young musician an opportunity, helping him to create his record label Soulstic, from which his award-winning debut album Black Coffee, was released in 2005. The album featured a remix of Hugh Masekela 1970s’ classic, Stimela.

“When I met him, he was a guy who was looking to be heard, for the world to hear him and some people didn’t believe in what he was doing,” Mdlongwa recalls, highlighting Maphumulo’s willingness to “sacrifice”.

After huge success in South Africa, Black Coffee start marketing himself overseas, sometimes playing for free, even in Europe, not knowing anyone and willing to starve, until he made it.

He is now one of the most famous DJs in the world.

“More and more artists from the continent are starting to break through to a more mainstream audience, and I’m hoping this will just continue to increase over time,” he said, highlighting the what he calls the unmatched talent coming out of Africa.

His success has inspired other South African musicians.

“We were due for a Grammy win of this magnitude and it will open new markets for South African artists,” Afro-jazz artist Simphiwe Dana told the BBC.

“Thank you for flying the flag and inspiring a new generation of talent to take over the world,” he said.

His success comes at a time when the influence of South African music is already growing around the world, thanks to a new genre called amapiano. A fusion of soul, Afro-house music and heavily synthesised piano, shares of global streams on the AmaPianoGrooves playlist on Spotify have increased 116% globally over the past year, according to Rolling Stone magazine.

Helping African children is a recurring theme of his. On Sunday he had a message for them, as well as for all those from an impoverished background who do not think they stand a chance.

“It’s not about music alone but anything that they want to do. The Grammy is a symbol that [it] is possible to get here.”

I was arrested for purchasing contraceptive and pregnancy test kit