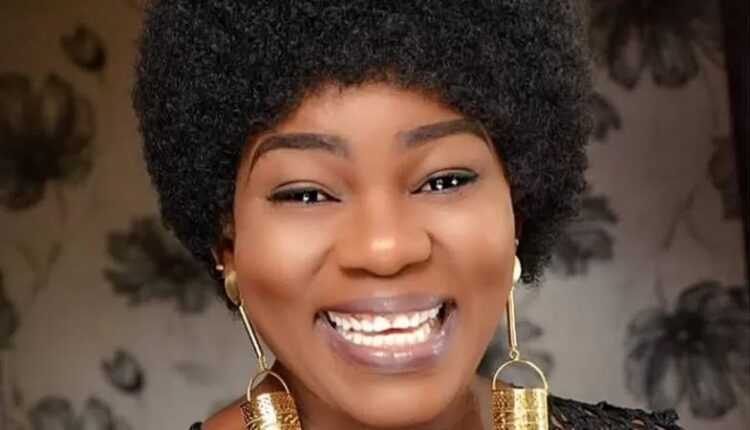 As beautiful as life is, sometimes it can be difficult and complex. Life is also a journey. Every human being has a number of calculated steps he or she must take before the final whistle.

Sadly, the life of popular Nollywood actress, Ada Ameh has come to an end.Ada Ameh, a school drop-out was a complete package of comical excellence. As a semi-literate, she did not allow her level of education to determine her heights in the industry. She strived so hard to thrive so high. It is gratifying that she rose to stardom and enjoyed the rewards of her hardwork before she died.The way Ada Ameh interprets her roles in movies made her so unique especially her resiliency and garb.

Majority of fans who appreciate her works and dexterity in film-making know her as a comedian but she was a bountiful of talents.When you watch Ada Ameh in action, one would conclude that she’s the happiest person on earth. Despite being surrounded by tragedies, she blessed her screens with true creativity and amazing talents. There are pains that does not go away easily, losing loved ones in sequence is one.

In an interview, Ada Ameh opened up about her childhood and the kind of lifestyle she lived as a teenager. She narrated how she got pregnant at the age of 14 and how peers influenced her into prostitution and drugs.Ada Ameh is a typical example of comic actors who effortlessly make people laugh but live in worlds where laughter is forbidden.Truly, people who struggle to live in joy but create seamless and abundance of joy for others in their discomfort deserve to be crowned. Ada Ameh is indeed a queen of her own class and rank.

Ada Ameh, a Nollywood actress was born in 15th of May 1974. Ameh, a native of Idoma in Benue State, was born and raised in Ajegunle in Lagos State, a south western geographical part of Nigeria predominantly occupied by the Yoruba speaking people of Nigeria.

Ameh In 1995 officially became part of the Nigerian movie industry Nollywood and received her first movie role in 1996 where she played the character Anita in the movie Domitila, a movie that eventually became a successful and solid project. The movie was produced and directed by Zeb Ejiro.

Ada Ameh had a daughter whom she gave birth to at age 14. Her daughter died in October 2020.

Ada Ameh died after collapsing in Warri on 17 July 2022 at the age of 48. She suffered from mental health issues prior to her death.