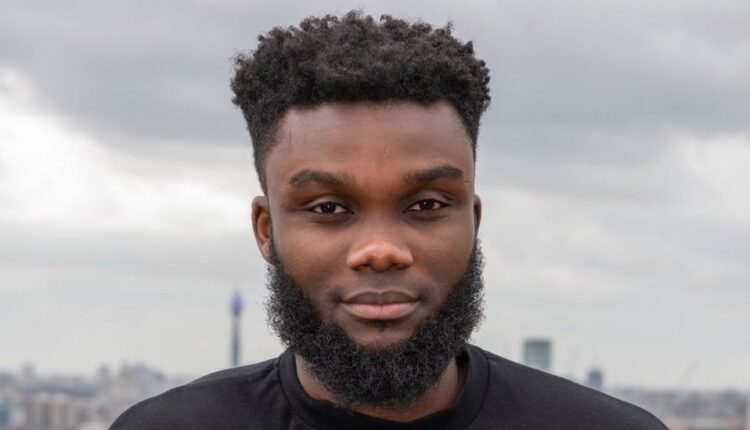 As a young, black entrepreneur with few industry contacts, Timothy Armoo, 27 has more than beaten the odds to raise investment, scale and then sell his start-up.

He grew up on a council estate in south London and puts some of his success down to a “lucky break” as a teenager.

“When I talk to my girlfriend about it,” says Mr Armoo, “she goes, ‘you know that you’re not meant to be able do this?'”

Mr Armoo founded his social media advertising business, Fanbytes, in 2017, building it up to employ 65 people.

The London company connects social media influencers with big brands for promotion work. He has just sold the business to a larger advertising firm called Brainlabs for an eight-figure sum, he says – both companies are in private hands so the exact sum has not been disclosed.

It is still incredibly difficult for black entrepreneurs to access funding for start-ups.

Less than one per cent of venture capital investment in the UK went to black entrepreneurs between 2009 and 2019, according to a recent report by Extend Ventures – a similar figure to the United States.

Mr Armoo was born in Hackney in London but moved to Ghana to live with his grandmother when he was 3 months old, remaining there for ten years.

Returning to London in his early teens, he lived in Mawby House council estate on the Old Kent Road, in a flat with his father, a first generation immigrant. “I was a poor kid, we never had a lot of money and it put some steely determination in me,” says Mr Armoo.

But then he got what he calls “a lucky break”, when he won a sixth-form scholarship to independent school, Christ’s Hospital in London, where boarding fees are more than £12,000 per term.

“It introduced me to a world I hadn’t known before,” he says.

“There was a kid who one day got picked up by helicopter. It opened up my eyes and gave me a sense of confidence for what is possible, even though there weren’t that many people who looked like me there.

He says the experience gave him confidence “in how to talk in certain circles, the subjects you engage in,” he then used those skills building Fanbytes for meeting investors among other things.

Mr Armoo has also capitalised on the growing value of social media influencers in advertising.

Fanbytes signs up social media stars on TikTok, Instagram and Snapchat, getting them to work with big brands to collaborate on their advertising campaigns.

Mr Cooke developed the company’s proprietary algorithm as part of his university dissertation at Imperial College, London. It scrapes data to search for up-and-coming social media influencers – meaning Fanbytes can sign them up before they get popular and expensive.

These days it works with some of TikTok’s biggest stars, like Rhia, from the UK, who is a toy influencer with more than 14m followers, and vlogger Bella Poarch, who has 89m followers.

Clients have included everyone from Deliveroo to the UK government.

Fanbytes has been bought up by Brainlabs, a digital advertising company set up in 2012 by former Google employee Daniel Gilbert.

“Influencer marketing has rapidly become an integral part of the digital media mix and influencers have become the new A-listers,” says Mr Gilbert, “so to be able to offer it alongside our other capabilities under one roof is a huge advantage to our clients.”

TikTok’s advertising revenue is likely to triple to $11bn in 2022, more than the combined ad revenues of Twitter and Snapchat, according to research firm, Insider Intelligence.

Nearly one in five (19%) people who viewed influencer content bought a product or service after seeing an influencer promote it on social media in the three months to November 2021, according to a recent Mintel report.

Timothy Armoo attended City Academy in Hackney before going to Christ’s Hospital school
Mr Armoo hopes that he can inspire others to follow in his footsteps.

One of the biggest hindrances for black founders says Mr Armoo, “is that they don’t see other people like them doing it, which would normalise success. The funding is there, and the opportunities are there.”

Mr Armoo has been sharing his business advice on his social media accounts.

“I’ve always seen myself as an entrepreneur first, then a black entrepreneur,” he says. “Otherwise, you start to put too much emphasis on your race and you start to think about all the statistics around lower funding rates, or lack of exits, which results in you mentally playing on the back foot.

“Be objective, and solve problems. Focus on being so good they can’t ignore you.”