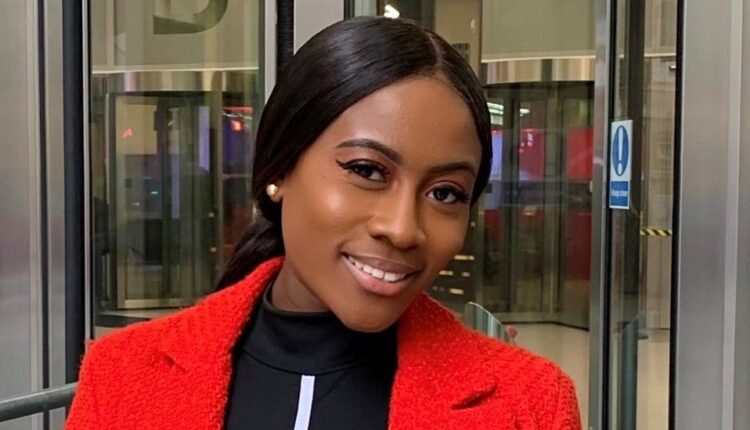 “I do notice that I’m not being myself in the workplace,” says Hilda Kwoffie. “I try to tone it down a little bit. You find yourself having to always slick your hair down just to fit in.”

The 24-year-old from Ghana says she’s changed her look and the way she talks since moving to the UK in 2016.

The changes Ms Kwoffie finds herself making are experienced by some women of colour and it’s known as “code-switching”.

It’s a term widely used to describe how Black, Asian and other people from ethnic minority backgrounds feel the need to hide their cultural identity in white-majority spaces, such as in workplaces.

“I do speak to my family and my friends completely differently to how I speak in the workplace,” added the paralegal who works in London.

Ms Kwoffie’s experience mirrors the findings of a survey by the race equality think tank the Runnymede Trust and gender equality organisation the Fawcett Society.

Their report found that 61% of women of colour said they had changed their language, topics they discuss, hair, food they eat, or even their name by “a great deal” or “quite a bit” to fit in at work. This compares with 44% of white women.

Three quarters of these women said they had experienced racism at work which in some cases has led to walking away from jobs, not being promoted and careers being cut short.

“Women of colour face a double jeopardy. From school to the workplace, there are structural barriers standing between them and the opportunities they deserve,” she said.

Jemima Olchawksi, chief executive of the Fawcett Society, said society must not put up with completely unacceptable racism at work.

“This evidence and the stories women have shared with us must be a rallying call to government, to employers to our educational institutions to drive real change,” she said.

A trainee lawyer told the BBC she quit a previous job because of the way a colleague made her feel about her success at work.

“I had a supervisor who was a little bit patronising. I didn’t put up with it and actually just left,” said Sophia – not her real name.

“I did find out afterwards that she had mentioned to a colleague of mine that she was quite surprised at how well I was doing.

“She had given me the job. So I think the only thing that could have really given her this idea was seeing an African last name on a CV and then also seeing the fact that I didn’t go to a private school.

“It made me doubt myself in terms of how well I could do in this profession.”

Surveys show that Black, Asian, and other people from ethnic minority backgrounds continue to be under-represented in senior positions.

The Broken Ladders report has made a number of recommendations for employers including clear, transparent processes for reporting racism, intersectional anti-racism training and “stay interviews” rather than “exit interviews” to feedback on career experiences.

It also wants the government to introduce a business-led plan to tackle ethnicity and gender pay gaps as well as salaries to be published on job advertisements.

A spokesperson at the Department for Business said the government takes the issue of racism extremely seriously.

They said it believes that all workplaces should be safe environments for people of all backgrounds to work together and thrive, free of discrimination.