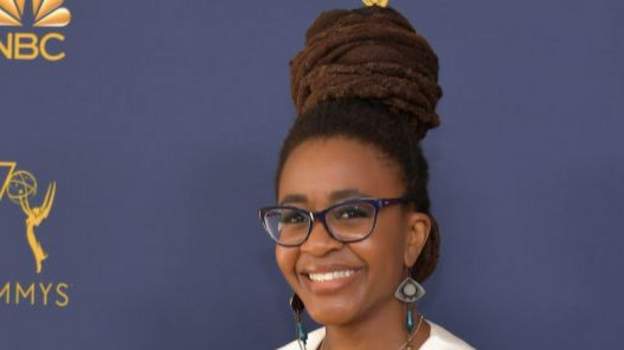 The award-winning Nigerian-American writer, who first wrote Black Panther’s T’challa character, has told the BBC’s The Conversation programme that she started writing fiction “late” at the age of 20 during a “very pivotal moment” in her life.

“I was mainly an athlete and I loved the sciences and I loved reading, but that was as far as it went”, Nnedi Okorafor told the BBC’s Kim Chakanetsa.

At the age of 19 Okorafor has spinal surgery for severe scoliosis and was “mysteriously paralysed”. Doctors didn’t know if she “would ever walk again”.

It was during her stay in hospital that she got what she described as a “spiritual” inspiration to write.

“I was in a lot of pain, I was in shock,” she said. “I had this book, I had a copy of Isaac Asimov’s I, Robot, and I was in too much pain to read it, and so I just started telling myself this story around the edges of the words.”

Okorafor said visiting Nigeria in her childhood was what inspired her stories: “Those trips had a huge effect on everything, on who I am, how I perceive the world and how I imagine”.

She said there is a “long way to go” when it comes to diversity in publishing.

“I remember when my first novel and my second novel came out it was still a controversial, risk-taking thing for publishers to even put a person of colour on the cover, and I remember there being a discussion about that.”

Okorafor is a recipient of the World Fantasy, Hugo and Nebula Awards. Her books have strong female leads and draw inspiration from her Nigerian roots. She has written 23 books and seven comics.