An investor told me to ask black people for money instead 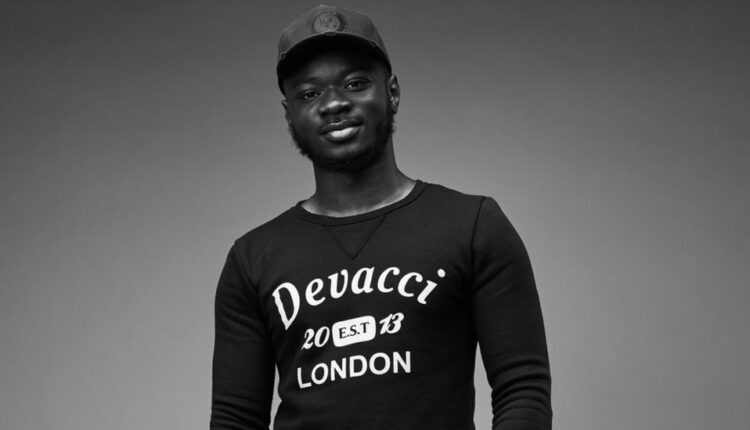 This is especially true in my area: fashion and technology, where there are few black entrepreneur role models.

The Black Lives Matter movement really matters to me because I believe in equality in every aspect of life. Black people like myself have been treated unfairly and it is time for a change.

I have experienced countless hardships as a black entrepreneur. My worst experience was fundraising.

I started the brand when I was 15 years in secondary school with literally no funding or whatsoever. Literally I had no idea of the fashion industry. I had no knowledge of it. I started off by drawing some few designs on paper and at the time I didn’t have no money. What I had to do was literally selling crisps and drinks in school to try and raise a few funds.

Make 10Pounds at the end of the day. It wasn’t a lot, but that was the cost for me to print off my first design. I had been talking about it for ages. Saying look, ‘ I’m going to start my own fashion label,’ but then when was that going to happen. So when I actually printed my first t-shirt when they actually saw it people were really impressed with it.

I was going to sixth form full time and running the business at the same time. I had to sacrifice my social life for the sake of the business and school. That was when mentally it was really hard. It was constant work non-stop.

I had come across an angel investor who agreed to schedule a meeting with me. The meeting only lasted about 20 minutes. The majority of the meeting was the angel investor brutally criticising my business plan without any positive feedback, but that wasn’t the worst part.

He made a comment saying: “I know that if I give you this money, you will most likely blow it all on an expensive lifestyle or spend it recklessly. Why don’t you go ask other black, influential, wealthy people in the UK for the money instead?”

I was shocked and disgusted by those comments. My ego was crushed at that moment. It was one of the worst days of my life. But I did not let it get me down, I used those comments as fuel to pursue my dreams with Devacci. It was the passion that kept me going on days when times were hard. If you don’t have the passion for it, do not attempt to do it because it takes a lot to keep going

I hope there will be more diversity when it comes to venture capitalist funding for businesses, because I know I am not the only one facing this type of racial discrimination. Being a black entrepreneur trying to secure angel investment or venture capital for your business is basically almost impossible and that is something that needs to change.

Gerald, 22, is the founder of Devacci, a street fashion label he created while still at school in Croydon, south London.

I started taking pictures when I was 4