Bachelor of Law graduate honours great-grandmother at his convocation 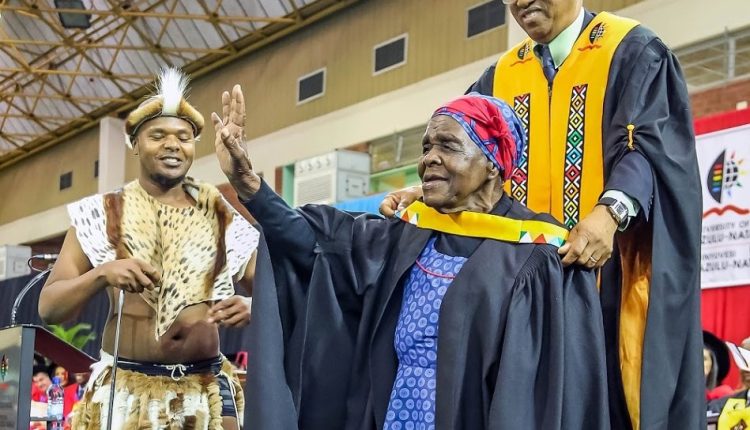 UKZN Bachelor of Laws graduate, Njabulo Ntombela took off his graduation gown and draped it on his great grandmother, Ms Nomkikilizo Ntombela (89). The gesture symbolised his acknowledgement of her contribution to his success.#Mahikeng pic.twitter.com/N6I0qaVRoS

According to Njabulo, his owes all his success to his gogo  who took him and his siblings in when their parents passed away.

“I wanted to share this honour with her because my success is her success. She is the reason I was able to get an education‚” he said.

He explained that when his parents died,  his great-grandmother made sure that he and his siblings were taken care of.

“Although she did not have a lot‚ she put me through school on her state pension. She was the main person who made sure that I would succeed despite our poor background.”

He said his great-grandmother had been excited to travel from Nkandla to attend the graduation ceremony in Durban but was stunned when he took her up on stage.

“But afterwards‚ I told her why I did it. And she smiled and was happy‚” said Ntombela.

He became emotional when he expressed his feelings to her.

“She wasn’t emotional because she has always been stronger than me‚” he said. “That’s how I made it this far.”