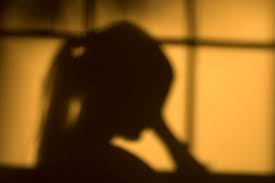 “I was given in marriage at 17, my husband was 35. I didn’t love him, he was mean to me. He was beating me, forcing me to sleep with him. He was hurting me a lot.

Until I said to myself, enough is enough. I couldn’t go on with him. That is why I decided to leave. If I had stayed with him, he would have killed me.

I will overcome what happened. I want to work. I want to live far away from here. I want to forget but it is unforgettable, even if I leave the country. I can’t forget what happened, but maybe I can feel a bit safe.”

Titi is one of the many unlucky girls who was forced into child marriage as a teenager. Around 60% of women between the ages of 20-24 in Chad were given out in marriage before they turned 18.

The government has made efforts with the enactment of a new law in 2015 that was aimed at banning child marriage by 2020, but the practice still continues. Chad continues to record one of the highest rates in the world.

Meet Ghana’s first YouTuber to hit over a million subscribers