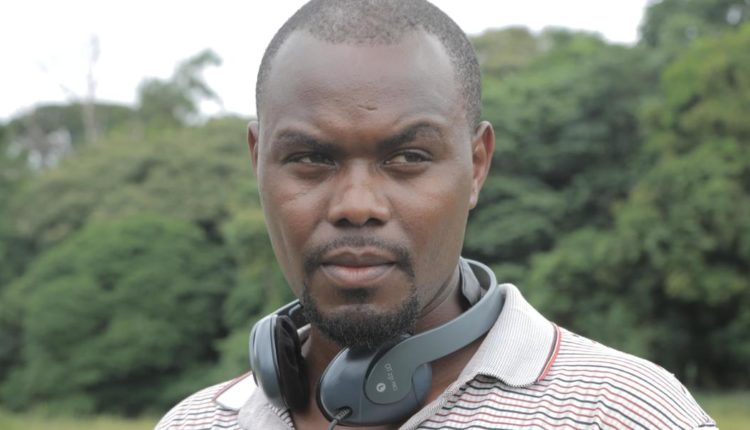 Life in Rwanda in the 1990s was greatly distorted with the start of the genocide that saw the killing of well over 800,000 people in the country.

Film director, scriptwriter and producer, Joel Karekezi had the unfortunate pleasure of living through the genocide at a time when life was only getting interesting for him.

In his moves, Joel keeps his focus on conflict and betrayal, but also emphasizes forgiveness and looking forward to the possibility of hope.

As a child, the film producer did not have the pleasure to watch movies. They were shown at cinemas and usually, kids could not go in until an adult offered to pay for them. He remembers the first movies he watched being Bruce Lee films and though he did not understand a lot of what was happening, he could work out the storyline just by watching the pictures.

Karekezi admits it was through watching these movies that he allowed his mind to wander and see the entire world between America and Vietnam. He says the films allowed him to travel far and wide and ‘feel a part of what was happening.’

Talking about his childhood, Joel says he grew up in a town called Gisenyi which was just around the Kidu lake in Rwanda. He describes the town as, ‘ a beautiful place. Our lives were built around the beauty of the city. We could go to the lake shores, play in different communities, ethnicity didn’t stand out. It didn’t come to the fore to imagine that we belong to a different tribe or somebody else belonged to different ethnicity. It really never crept up and our lives growing up was one of happiness. Gisenyi was a happy town.’

In Spite of the happiness in the town, it was not long until the genocide started and all the happiness as Karekezi knew it was gone and life took a whole different turn for the young man. The genocide which started along tribal lines of the Hutus and Tutsis ripped the entire country apart.

Being a Tutsi himself, Joel narrates events leading to the genocide saying, ‘The first time this really started coming to the fore was in the early 1990s with the adverts of political parties. It began with the teachers in the classrooms it was like they were carrying out their own census.

Can Tutsi children stand up? Can Hutus children stand up and I would automatically stand up, you know as a Tutsi boy it really didn’t seem to mean much until I went back home and I asked my father about it and then he said yes in was Tutsi. Although I knew it never really counted to so much, it wasn’t until the political parties and their political slogans began with people demonstrating and protesting on the street the kind of songs that started evolving especially from the types of those extremist parties.

The messages in those songs really started creating a bit of fear, really they started to spread hatred dehumanizing and referring for example to the Tutsis as cockroaches. They were saying these were animals that who had even tails. This for me, in particular, started creating the fear of what might happen in future and it started turning into words and then into actions.’

The movie producer lost his mother at the tender age of one and can barely remember anything about her, but he lived a happy and fulfilled life with his family until April 6th 1994 when all the little talks were finally put into action and the then 8-year-old had to watch his country ripped apart. A plane carrying Rwandan president was shot down. He was Hutu and a Tutsi rebel was blamed for doing it.

‘What I remember very much about the 6th of April 1994 even as an 8-year-old because life changed in a way that nobody could imagine. I was the last one to wake up and the announcements had already been made radios and I only woke up to bed leaving to find my sister and father. It was unusual for me to be there at that time they were really worried and I could see that on their faces and I didn’t know what in fact was happening roadblocks had already been mounted it was like a lockdown of sort and then suddenly things started changing we could hear rumours from the neighbours saying so and so have been killed, mainly politicians and other rich people known to be Tutsi.

Suddenly the food prices skyrocketed. You know, the inflation was just unimaginable I was sent out that morning to go and find out that food when I got there, the 100 franks I had was not enough to buy a kilo of the food that would have fed us as a family. Everything was really changing and this was quite worrying especially for an 8-year-old because as a child I would attract a lot of attention and they warned me that if I came across any form of roadblock or so on I shouldn’t look at the people manning the roadblocks or talk to them I should just pretend to be Hutu and keep low.’

At this point his dad could not take any chances with his family and therefore decided to ship off his three kids to live with Hutu families to ensure their safety.

His brother was shipped off first, then his sister and then himself. His father stayed back to continue working at his job. It was a difficult time for the whole family, as they had never been apart before. Joel’s new family encouraged him to interact and play with the young kids and not isolate himself, as that could raise questions and suspicions as to who he was and where he had come from.

Karekezi recalls his father would visit him every other day or two to interact and then leave him some money to give to his sister. It was after his father had not shown up for four days straight that Joel suspected something could be wrong. ‘I started developing a bit of fear. It was on the fourth day that my sister had gone to seek refuge, they informed them that my father had been killed. About the fifth or the sixth day, I went to see my sister and during those moments there are times that she would help shave my hair using a razor blade and it was one of these times that she was shaving my hair and she ended up hurting me like twice cutting me with the razor blade-like twice.

She was shaking, really shaking uncontrollably and I took the moment and asked her is it true that our father died I’ve heard rumours and she broke the news to me. I found myself being unable to cry. There are times that you feel so much shock that even the urge to cry dries up, that is how I felt at those moments.’

He was told his dad had been killed by the militias at his place of work after the leader of the rebel gang had refused to split the 20000 Rwandan Francs his dad’s boss had given them. The angry rebels came back and killed anyone and everyone in sight.

Joel Karekezi and his siblings decided to move to Congo where there was more stability and life seemed a lot more normal. Once again, his brother made the sneak first and had his sister follow suit in no time. His brother had made contact with his mother’s relatives who lived in Goma in Congo and they helped with the migration.

‘My older brother managed to get a Congolese young man who came for me. He crossed over and came into the city he got me to wear a Congolese uniform normally they wear a black and white so I wore a white shirt and a blue shirt.

They gave me an exercise book and I had to pretend like I was going to school and managed to walk slowly through several roadblocks until I managed to cross and suddenly we were reunited with my brother and my sister with the family that lives across. It was not easy but it was a daring mission, to be honest.’

In just about a 100 days, Joel witnessed more and more people cross to Congo in an attempt to find peace. After staying a year in Congo, Joel and his siblings decided to return home and start life from scratch. In no time, he found his father’s killers and the sense of revenge he felt always only grew so strong.

Luckily, the family the movie producer lived with, believed in God so strongly and he managed to find peace in the constant prayers they offered together. It was not long before Karekezi became aware of the fact that his mum was actually a Hutu, much to his surprise. He says he had way too many questions to ask and no one to ask those questions because his dad was nomore.

Joel continued with his new life and went off to the university to study biology and chemistry but ended up as a cinematographer. He says; ‘There was always the emphasis that we are at a school for science, and people had to pursue science subject and that’s why I had done biology and chemistry.

Upon completion, you realize that the jobs were not out there. Thanks to the genocide survivors fund, I got some scholarships that were provided for people who are being supported that’s how I went online and I came across a cinematographer course and using that scholarship I managed to pay for that. However, I knew immediately as I said it was something I could do I knew I had a lot to see. I knew I had a lot to share out there and share a lot of the images that were more powerful .’

All of Joel Karekezi’s are strung around the genocide and says when he started making movies around 2000, a lot was going on in Rwanda. People were openly confessing their involvement in the genocide and receiving forgiveness, whilst others were being forgiven, so it only made sense to make movies along those lines.

His first movie, ‘Mbabazi – The pardon’ talked about two best friends, one is Hutu and one is Tutsi. The Hutu is radicalized and ends up joining the militia then he ends up taking part in the murder of his best friend’s family and he even murders his best friend’s younger brother. The Tutsi friend then tries to work out if you can forgive his former best friend. It proved a moving and touching story for all the people of Rwanda.

He says he went through the exact phase having to forgive his father’s murderers.

Joel Karekezi’s movies have gone on to win many prizes in Rwanda and he keeps touching more lives and giving a lot more people hope, through his movies.

Denise Uwimana: ‘I gave birth during a genocide’