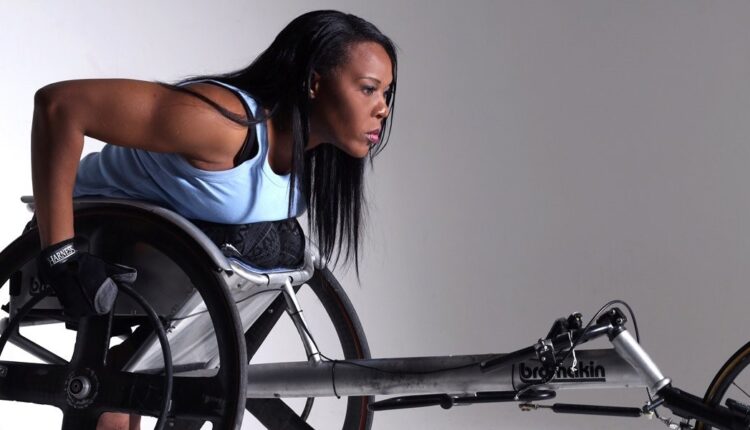 You know, as a Paralympian, the world would like to know, “How many medals have you won?” The world struggles to hear the real truth behind what people experience behind closed doors, and that is what I came out with.

I shocked them that this is what actually happens to people with disabilities when there are barriers.

The people in my village tried to burn my dad’s mud house down, so we had to flee. My dad is my hero. I am who I am today, I am here because my father believed in me when everyone around me had rejected me. My neighbours thought my disability was a curse.

The thrill I got when I was going round the tracks and overtaking everyone was so satisfying. This is what I want to do. I always see wheelchair racing as a kind of Formula One, It is not about the disability, it is about what people can actually do and achieve with support.

In 2016, I was travelling on a train and decided to use the washroom, and I realised, Oh goodness! This restroom was out of order and I had to wait till the next train station. This was a journey too far and then the accident happened. I was so angry and embarrassed.

One day, I was going out and I was putting on make-up in front of the mirror when it dawned on me that history could repeat itself. I was going for a very important meeting, but I said to myself, “What if I come back sitting in my own urine again?” I wasn’t going to let that happen. That is when I went public.

Since I spoke up, this has never been swept under the carpet ever again because now everyone with a disability knows it is okay to speak about some of these issues and speak about them publicly.

When people see me, they stare and wonder. How did this happen? You’re not expected to find love, to have a child, to be a teacher, you know to speak up publicly to advocate for issues that affect people in society. You’re not and here I was, doing all those things.

Anne Wafula Strike is a Paralympian wheelchair racer and a disability rights activist. Anne contracted polio as a child in Kenya and  due to her disability was shunned by locals. Anne’s courage to speak up about her experience on the train in the UK initiated an accessibility action plan from the Department of Transport in the UK.