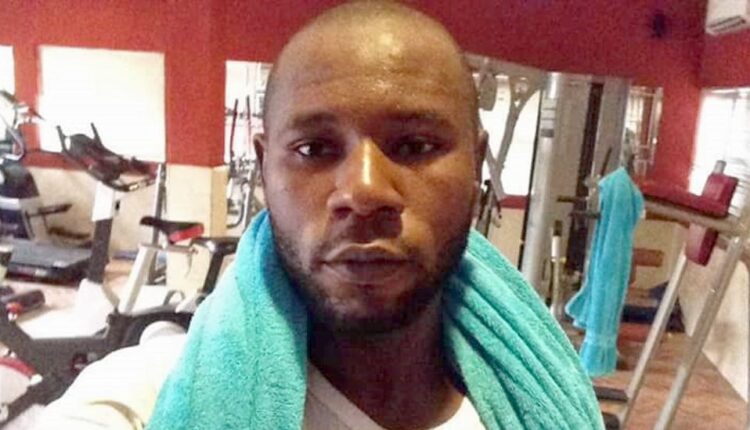 At the tender age of seven years, little Samuel Abdulraheem went missing from his home in northern Nigeria and his family had no idea what had happened to the young boy.

Samuel Abdulraheem was the last child of six children, and right after he was born, his mother had to leave the family and move further away. He was then nursed by his senior-most sister, Firdausi, who had to step up and be a mother to all her other siblings.

Due to her life schedules, Firdausi Okezie had to ask her dad to get a nanny for Samuel since she had to leave for school and also had a life to lead.

She recalls his childhood saying, ‘He was such a kind and energetic boy. Whenever you call the house he is always the one to pick up the phone and he always loved to speak to Firdausi when she called.’

It was therefore, very strange when Firdausi while in the university, called her house for close to two weeks and no one answered the phone. She knew deep within, that something was wrong. ‘Right after my last lecture on a Friday, I dashed home to see him myself. When I got home I asked the gateman where he was, but he asked me to inside and talk to my dad. My dad was already home which was unusual. I asked him where Samuel was, and after a long silence, he told me Samuel was missing.

I could not wrap my head around what he was saying. Missing? How? Had we checked everywhere? Has the nanny been questioned? I had so many questions. My dad explained to me he had called the police, and a search had been conducted. ‘

It took two years before the family could break the news to her mum, because at the time, everyone had given up hope on ever finding the young man and especially finding him alive, except Firdausi. As expected, she was completely distraught and inconsolable.

One day, Firdausi honoured a friend’s invitation to help support her church with some chairs and Firdausi bought two for herself and Samuel. The pastor invited her in and she vehemently refused because she was a Muslim at the time. After much persuasion, she went in and the pastor offered to pray for her and also asked her to ask God for anything she desired.

There was only one thing and one person on her mind, she wanted Samuel back home with the family. After this encounter in church, Firdausi says her thoughts of Samuel only gre worse. She was now thinking about him a lot more. She converted to Christianity after having other interactions with the church and the story of the resurrection of Christ greatly resonated with her. To her, that resurrection power was what was going to bring Samuel back home and she chose to stick with it.

One day while at a church event named, ‘Shiloh’ one of the biggest Christian gatherings in Africa, which happens in lagos Nigeria, the miracle happened.

‘I had set a stall to help sell some of my mother’s ‘tie and dye’ fabrics. I sent the lady helping me to go get a carpenter to come fix some nails so we could hang the wares. I bowed while seated to get some rest and then I felt someone standing next to me. I slowly opened my ears and there he was. Samuel, leading a beggar.’

This was six whole years after he had gone missing and six years of Firdausi praying everyday for God to bring him back home. ‘In the beginning I thought I was dreaming so I started screaming. A lot of people came around and asked what the matter was, and I told them the boy was my brother. The beggar Samuel was leading started to plead with me and I just told him everything was okay, I just wanted my brother.’

The police was called, but Firdausi refused to press charges, she simply wanted Samuel Abdulraheem to come home with her. Now at the age of 13, Samuel says he did not recognise his sister, but something told him they had a bond. Hence, he had no trouble believing she was his sister.

Firdausi quickly called her dad to give him the good news and he just like her could not hide his excitement. He travelled all the way from Kano to Lagos to see her son.

Samuel has very sketchy memory of his six years away from home. He remembers being asked by some people who were not his parents to follow them. He still cannot tell why he followed them but he did and then there was a long train ride.

He remembers very little afterwards. Speaking about his experience living with the beggars, Samuel says he was handed over to a woman after they got to their destination and she would lend himself and some other boys she had in her care out to beggars each day to beg for money.

The beggars paid this woman 5 dollars a day for working the entire day with the boys out on the streets. This act led Samuel to travel the length and breadth of the country begging for alms.

Speaking on his reunion with his sister, he said,’ I did not recognise her, but when she saw me she screamed and I think the scream caused me to black out. When I woke up I could remember very little but I had no doubt she was my family member like she said.’

Samuel suspects that something must have been done or given to him during that time because he does not recall ever thinking of his family during that period, or wondering what had become of them

Firdausi says after a while she started to regret letting the beggar she found with Samuel go, because she thinks about all the many other children who may have been subjected to this and she believes she could have helped rescue them.

Samuel Abdulraheem was reunited with his mother after he had been treated and of course, they both could not recognise each other. Firdausi introduced them and drew her mum’s attention to the fact that the young man was her son. She immediately broken down crying and checked Samuel’s birthmark underneath his arm to confirm his identity.

Samuel Abdulraheem says, ‘I do not remember much about my abduction or what we did. It is a part of my life I have completely shut out because I do not want to remember anything about the time I was out there. I was always hungry. During the daytime when you work, you hardly sit down to eat. I didn’t feel the beggars were bad. They wake up, beg, the way people wake up and go to work.’

The young lad was enrolled in school at the age of 13 and many schools contacted refused to enrol the because of his age, but when he finally got into school, he excelled at it.

‘Nothing that people do actually gets to me. I just see it as a way of life. I don’t hold grudges. When I see anyone begging, I’d rather buy them food. Because, back then, it was better giving me food than money because the money went to the beggar and none came to me

Samuel Abdulraheem currently works in construction management in the South West of Nigeria and seriously addicted to gyming.