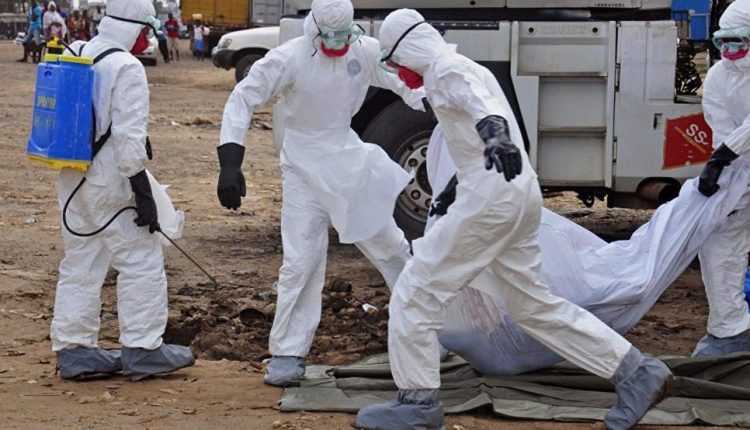 The death toll from the Ebola epidemic in the Democratic Republic of Congo has passed 1,000, the health ministry says.

DRC’s Ebola outbreak began in August and is the second deadliest in history.

World Health Organization deputy director Dr Michael Ryan said mistrust and violence was harming efforts to tackle the disease as it spread through the east of the country.

There have been 119 documented attacks on medical centres and staff since January, Dr Ryan said.

WHO staff anticipated “continued intense transmission”, he added, in a briefing to reporters in Geneva.

Health workers have plenty of vaccines – more than 100,000 people have already been given the treatment. But continuing violence in the east of the country where militias are present, as well as mistrust of doctors, was hindering their programme, Dr Ryan said.

“We still face major issues of community acceptance and trust,” he said.

The DRC is also suffering from an outbreak of measles which has killed more than 1,000 people, with 50,000 cases reported. WHO staff have confirmed measles in 14 of the country’s 26 provinces, in both rural and urban areas.

Ebola is still contained within two provinces in the DRC but it is becoming harder to monitor the spread of the virus because of violence. The WHO said the risk of a global spread is low, but it was very likely cases would spread into neighbouring countries.

Most Ebola outbreaks are over quickly and affect small numbers of people. Only once before has an outbreak been still growing more than eight months after it began – that was the epidemic in West Africa between 2013 and 2016, which killed 11,310 people.

‘No sex without fighting’ – tackling toxic masculinity in DR Congo