Meta Diphoko: My baby was swapped at birth 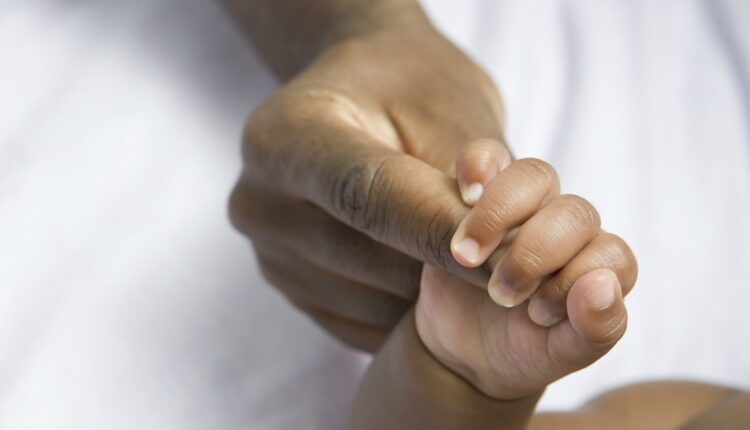 The most devasting and heartbreaking thing that could ever happen to a mother, will be to find out her child was actually not hers.

This is the story of Meta Diphoko whose male child was switched at birth after she had him at the Dr Yusuf Dadoo hospital outside Johannesburg, in South Africa on the 20th of August, 1998.

This swap only came to the notice of the daunting mother when she took her now ex-husband to court for child support payments and the DNA test revealed Kamogelo, one of their five children belonged to neither of them.

‘Kamogelo was greatly loved as a child. I remember the day I returned home with him from the hospital, his father had cooked and cleaned the whole house in anticipation for him. He was my first son. Whenever it was his birthday, my husband would throw a party for him in celebration, but for the other kids, he always said he had no money.’

Kamogelo also does not dispute the fact that he was greatly showered with a lot of love and care as a child. ‘I do not remember being denied anything as a child. I got so used to the parties that I thought it was mandatory for every one to have a party on their birthday.’

So after the court released these results to the family, they were greatly distraught. Meta recalls, ‘My husband was handed the results first and as he went through the papers, there was a frown on his face. He got up and went to the washroom and then I asked my daughter to read the results to me. She also like my husband read it with a frown, and said to me, there was something wrong. ‘It says Kamo is not your son.’ I was greatly distraught, I went home, entered my room and wept my eyes out.’

A family with a strong bond, care and love for each other had just been thrown into a moment of mixed feelings. Meta Diphoko, later called Kamogelo and broke the news to him, but with the assurance that nothing was ever going to change between them.

Kamo and his mum under went the DNA test at four different centres and each time, the results came back same. The young felt more alone and more of an outcast. ‘No one in my family has ever said I did not belong there or anything of the sort, but sometimes when we watch TV and I see people who get to reunite with their families, I immediately remember I do not even know mine.’

Kamogelo wrote a letter to his family and voiced his frustrations, telling them he was going to move out after high school since he did not think it was right to live with people he did not share the same blood with.

‘Sometimes this entire happening really disturbs me, so I go out and hang out with friends. We talk about everything but this situation and what I am going through. I have even resulted to smoking and drinking because when I am high I can not think about any of these things.’

Meta immediately began the search for her biological child. She visited the hospital where she had her baby and records proved, the other lady she shared a room with, also had a male child just about the time Kamo was born. By inference, the nurses may have switched the children when they were returned after being cleaned up.

Unfortunately for the now desperate mother, both the hospital and the department of social welfare could not help trace this lady in question. The address she had stated on admission was now a school and officials of the hospital say her name sounds foreign, so may have been a foreigner who went back home after having her baby.

The Ministry of Health in South Africa has also admitted there was a baby swap at the time Kamo was born and are now in talks with Meta Diphoko on what to offer as compensation for the pain caused her.

True to his word, Kamogelo moved out of the house immediately after high school but is always at the beck and call of his mum and sisters whenever they need him. He says he will and can never neglect them as his family.

Kamogelo on his end also insists, finding his birth parents will change nothing for him as well, because he loves and appreciates the family he has now and has no intentions of leaving or neglecting them even if he finds his biological parents.

How a gun crime in Lagos made a family